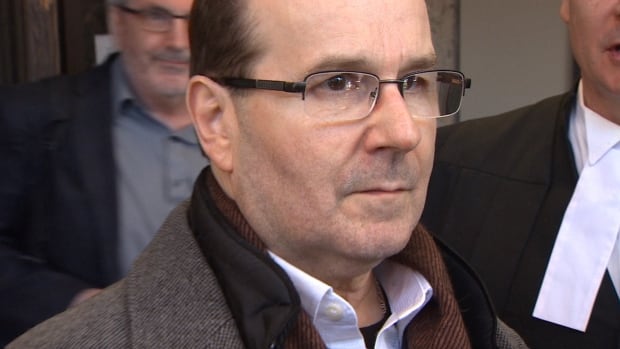 A compensation agreement has been reached between Glen Assoun and the Nova Scotia and federal governments for his wrongful conviction for murder and the nearly 17 years he spent in prison.

A spokesperson for the Nova Scotia Justice Department said the matter was resolved in January.

Nova Scotia Justice Minister Randy Delorey said Thursday the recently signed deal is confidential. Assoun’s lawyers, Sean MacDonald and Phil Campbell, said the amount of the settlement and its details are not being released.

The lawyers, however, praised the two levels of government for the settlement, and Campbell said federal Justice Minister David Lametti had done all that can be expected.

“There is, sadly, a limited amount that can be done to achieve justice for a man who stood wrongly convicted of murder for decades,” Campbell said in an email.

“Glen has endured dreadful trials with dignity and courage, and we all hope he can live the rest of his days in peace.”

Campbell said he hopes the deal serves as an example for similar cases in the future.

In a statement, Ron Dalton, co-president of Innocence Canada, said it is the norm for the terms of a settlement related to a miscarriage of justice not to be disclosed.

“Suffice to say, no amount of money could ever make up for the years of freedom Glen lost to a parade of errors and misjudgments by police and prosecutors.”

Assoun and his lawyers have pushed for an inquiry into the circumstances that led to his wrongful conviction. Last October, Nova Scotia’s Serious Incident Response Team said it would look into the RCMP’s actions in the case.

On Thursday, Campbell said Assoun and his team would wait to see what comes of the SIRT investigation.

“There remain important unanswered questions about what happened in Glen’s case which should be addressed in both the public interest and in the interest of better policing,” he said.

“We are hopeful [the SIRT investigation] will answer the questions we have and achieve a measure of accountability.”

Assoun lived under strict parole conditions for nearly five years after he was released from prison, before a Nova Scotia Supreme Court ruling in March 2019 reversed his 1999 conviction for the murder of Brenda Way in Halifax. The 1995 killing has never been solved.

Assoun moved to Maple Ridge, B.C., after he was released from prison. It’s not known where he lives now.

Assoun suffered mental illness in prison, and he said he was diagnosed with a heart condition that required the insertion of stents — small mesh tubes that are placed in a narrowed coronary artery.