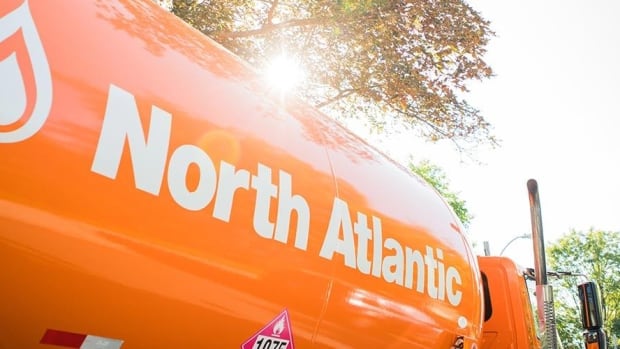 North Atlantic Refining Ltd. is getting what it asked for — and fuel prices are on the rise in Newfoundland because of its request to the utility regulator. Labrador is not seeing any markups.

The owner of the idled Come By Chance refinery asked the Public Utilities Board (PUB) to “expeditiously” increase certain fuel prices.

In its weekly Thursday fuel price adjustments, the PUB said interim increases to wholesale markups had been approved for Newfoundland.

Because of shifts this week in commodities markets, however, the impact on consumers will be less.

“These increases were approved … to reflect the additional costs of importing these fuels to the island as a result of the transition of the North Atlantic Refinery at Come By Chance to standby mode,” said the PUB.

Labrador will see decreases for everything except propane. Gas is dropping by 1.7 cents, while diesel is down 1.4 cents a litre, and stove oil and furnace oil are decreasing by a little over one penny a litre.

North Atlantic Refining argued its costs to supply the market have spiked since the Placentia Bay facility stopped refining oil earlier this year, and fuels now have to be imported.

The most recent blow to the facility came earlier this month, when a proposed sale to Irving Oil fell apart at the last minute. The refinery was placed on standby mode in late March because of the global pandemic and resulting collapse in oil markets.

North Atlantic Refining Ltd. made the formal request on Oct. 5. CBC News had obtained a letter to the PUB, but the specific amount of the proposed markups had been redacted.

North Atlantic said it had been importing refined fuels into the province from New York and Europe for the past six months and that costs have increased due to shipping, inventory financing and hedging costs, and the use of a third-party fuels terminal.

CEO David Button said the board’s current wholesale markups are based on having an operating refinery in the market, and called on the PUB to “urgently” review fuel prices to reflect the fact that 100 per cent of refined fuels are now imported.

It is not immediately clear how long the markups will stay in effect.

North Atlantic had asked the PUB to make these changes now, and said further adjustments may be needed following a more comprehensive review “to reflect the costs of importing all fuels to the island.”

The fate of the refinery, and the hundreds of employees, remains up in the air.

Origin International Inc. — a private company in the United States that specializes in recycling used oil — said in a statement earlier this month it’s interested in buying the Come By Chance refinery.

A third company came forward a week later, but its identity remains a mystery.