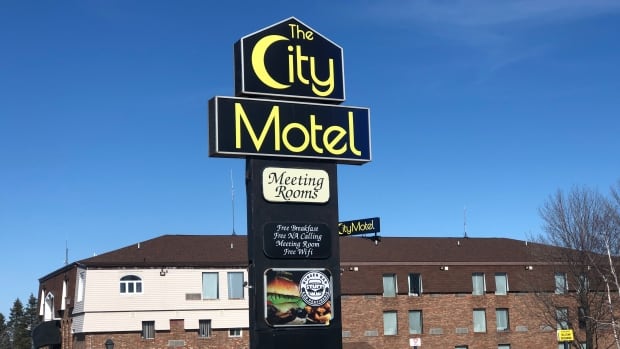 Fredericton’s City Motel on Regent Street is one step closer to becoming affordable and supportive housing.

The plan will see the hotel suites on the third-floor of the building converted into 20 affordable, or Housing First, units.

The second floor will be converted into 12 peer-supported units, for people who require more help, said Jason LeJeune, the project manager for the proposal.

“Peer supported housing would be for people that require a lot of supervision and help and support. There would be two people with lived experience — the peer supports that live on that floor with the 12 residents — they’re provided salary and free housing to live on-site,” LeJeune said.

There will also be addiction offices, mental health offices and social work offices on that floor, said LeJeune.

“The long term ambition of the John Howard Society is to continue to monitor the needs of the community in terms of shelter use and convert that over to affordable housing that is unsupported over time,” said LeJeune.

When the shelter is operational, it’s possible it will replace the out-of-the-cold shelter run by the John Howard Society at 332 Brunswick St., which will then be converted into office space and longer-term housing.

The John Howard Society applied for federal funding for the project through the Rapid Housing Initiative.

The Canada Mortgage and Housing Corporation has $500 million available for projects such as this across the country.

The application deadline was Dec. 31. John Howard should know next month if it was successful.

At a previous council meeting the city waived building fees for the project and promised bus passes for tenants.