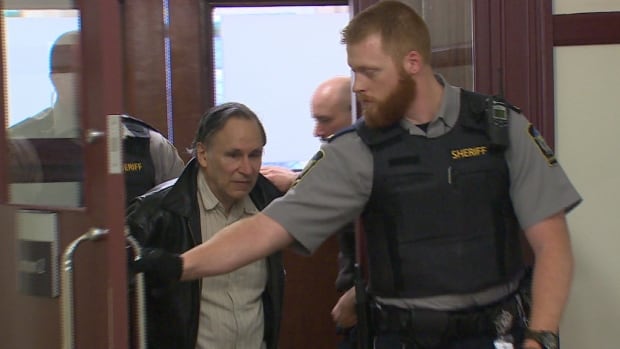 A former Halifax pediatrician has failed in his bid to keep his name off the national sex offender registry.

William Richard Vitale pleaded guilty in September 2018 to two counts of possession of child pornography. The offences covered a period from January 2013 to December of the following year.

At his sentencing, Judge Michael Sherar of Nova Scotia Provincial Court accepted a joint recommendation that Vitale get 11 months in jail, followed by two years probation.

A conviction for these types of offences also carries a mandatory requirement under the Criminal Code that Vitale’s name be placed on the national sex offender registry.

Vitale tried to persuade Judge Sherar that the Criminal Code provision violated his charter rights because it is arbitrary, overbroad and grossly disproportionate in effect and a sentencing judge has no discretion.

But the judge didn’t buy that argument.

Vitale then appealed to the Nova Scotia Supreme Court. In a decision released Wednesday, Justice Peter Rosinski ruled that Judge Sherar had made no error and the sex offender registry order stands.

As part of his analysis, Justice Rosinski referred to the agreed statement of facts introduced at Vitale’s sentencing:

Rosinski went on to note: “I am satisfied that Mr. Vitale repeatedly accessed and deliberately collected this child pornography over a lengthy time-period, and did so purely for personal reasons.

“I infer this behaviour was motivated by his personal sexual interests between January 1, 2013 and December 31, 2014 when he was in his early 70s. This pattern of behaviour suggests a determined deliberateness given his accessing, downloading, sorting, burning onto discs, and maintaining the child pornography collection in question.”

In November of 2018, Vitale consented to have his medical license revoked.