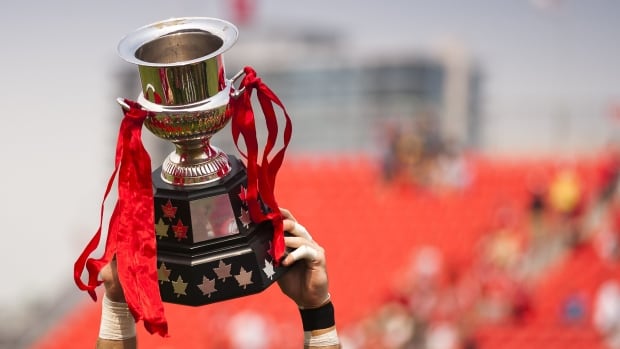 In an open letter on social media, Young says Canada Soccer has proposed a date for the game “that worked for one team but ignored the situation of the other.”

While Young does not reference the date in his letter, March 20 has been talked about.

At issue for Young is the preparation time for both teams.

“Why would Canada Soccer propose a date to play this game where one of the teams had more than a month to practise and prepare for the game and, due to COVID restrictions, the other team only a week?” he wrote. “They are proposing a date that, according to leading Canadian soccer coaches and medical personnel I’ve spoken to, would put one team’s athletes at risk of injury, and would certainly give the team that had been practising an obvious and significant advantage.”

Toronto FC was granted permission by MLS to open camp early, on Feb. 17 to prepare for the Canadian Championship final. Most other teams started March 1.

The winner of the Canadian Championship final earns a berth in the Scotiabank CONCACAF Champions League, CONCACAF’s flagship club competition. The victor will meet Mexico’s Club Leon in a two-legged round-of-16 matchup scheduled for April 7 and 14.

The MLS season kicks off April 17.

Forge booked its ticket to the Canadian Championship final by winning the Island Games in 2020. TFC made it by posting the best record in the all-Canadian portion of the pandemic-disrupted 2020 MLS season.

Young, who also owns the CFL’s Hamilton Tiger-Cats, said he wrote the open letter because “Canada Soccer won’t respond to me.”

Canada Soccer, which runs the Canadian Championship, has yet to confirm the date or venue for the final. It has only said the game will take place in the first quarter of 2021.

Time is running short. There is a FIFA international window March 22-28 during which World Cup and Olympic qualifying matches are scheduled.

Canada Soccer and Forge FC did not immediately respond to questions arising from Young’s letter.