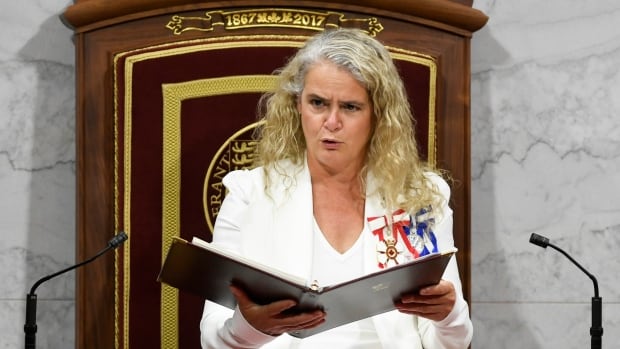 Manitobans were happy with the federal government’s throne speech promising to help all Canadians through the pandemic, though some are worried for the immediate future when the Canadian Emergency Response Benefit runs out.

The government promised to extend pandemic supports, such as the wage subsidy program, until next summer, saying it’s no time for austerity and the government is committed to helping Canadians as long as it takes.

That sounds good to University of Winnipeg economist Stefan Dodds, but he is concerned about the lack of detail and new programs announced.

“Every time they say, well, we’re just going to support whatever needs to be done, that’s a nice sentiment, but at some point, they will hit the wall where they say, I’m not sure we can continue to borrow to this magnitude forever.

Dodds said he suspects that lack of detail is partly because no one really knows how long this pandemic is going to last.

“I think that is why they’re so concerned about what the magnitude of this so-called second wave is going to be,” he said.

Molly McCracken with the Canadian Centre for Policy Alternatives was happy to hear promises of improving child-care and supports for women, who’ve borne the brunt of pandemic job losses.

“I really hope that they take that to heart and walk the walk in implementing those goals,” she said.

But she’s worried about what will happen to people in the immediate future who are relying on federal pandemic supports.

On September 27, the federal government plans to transition many of the people who were on CERB onto the revamped employment insurance, or to three new “Canada Recovery” programs. However, most of them will be earning less than they were on CERB.

McCracken said she’s worried about people who will fall through the cracks. The Canadian Centre for Policy Alternatives estimates that as many as 19,000 Manitobans who took part in the benefit will be worse off, or get nothing.

“That will have a big impact here in Manitoba, particularly for those folks. And that’s spending in the local economy as well at local businesses,” she said.

One of those Manitobans is Tracy Dubek, who went on CERB after she was laid off in March from her job in medical billing. That job no longer exists. Her husband is also on a medical leave.

She is planning on transitioning to employment insurance in October, but with that, she’ll earn $100 less every two weeks.

She says CERB already didn’t go far enough to meet their living expenses, and they are already behind on some bills.

“It’s been a catch up game and receiving less on EI is going to make it tougher because those bills don’t get reduced,” she said.

Because of this, she was disappointed the government didn’t announce that they would extend CERB in its throne speech.

“Demand is growing at a record level, federal support has never been lower, and Manitoba will continue to lead in standing up for better care sooner,” Pallister said in a statement.

The president of Keystone Agricultural Producers also criticized the government’s throne speech for failing to mention what they would to do help struggling farmers hurt by the carbon tax.

Bill Campbell argued its unfair that farmers have to pay the tax when Canada still imports products from countries that don’t.

“And if we must pay for the price of pollution, we must be rewarded for the good that we do for the environment.”

In a statement, Grand Chief Garrison Settee of Manitoba Keewatinowi Okimakanak said he was pleased that the throne speech contains many measures to address issues impacting Northern First Nations, including reducing homelessness, improving infrastructure on First Nations, and the need to address systemic racism.

Gov. Gen. Julie Payette began the 150th speech from the throne by explaining how these four ‘foundations’ can help the economy recover. 1:53