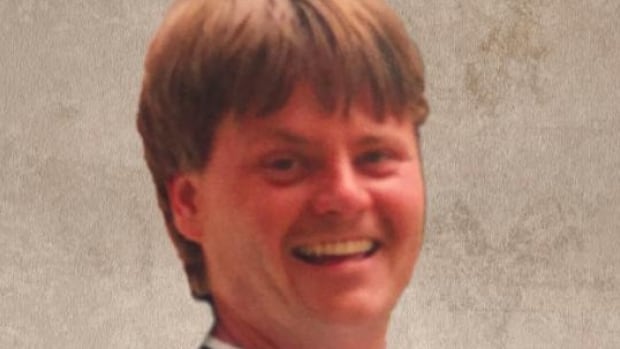 One day after a Medicine Hat man received a letter that demanded $1 million and included a vow that somebody would be murdered to prove the seriousness of the threat, a random victim was fatally stabbed in the city, a jury heard Wednesday.

The bizarre details were revealed at the murder and extortion trial of Robert Hoefman, in Alberta’s Court of Queen’s Bench in Medicine Hat.

Hoefman is charged with the extortion of a man who was threatened on Oct. 10, 2017 to pay $1 million or watch as friends, family and strangers were murdered.

The next day, the body of James Satre was discovered in an alley for which Hoefman faces a first-degree murder charge.

The Crown’s theory is that murder was an intimidation tactic to scare the extortion victim into giving up the money.

‘We’ve been watching you’

“We’ve been watching you and [your wife] and everyone else close to you for weeks,” said the first threatening letter, which the Crown had the alleged extortion victim read out in court Wednesday. The extortion victim’s identity is protected by a publication ban.

“We are ready to kill any one of them, so my advice to you is do as you are told or my guys will go in for the kill. And that is one thing they love to do.”

The first letter arrived at the alleged extortion victim’s business on the Tuesday after Thanksgiving Monday, 2017. It was taped to the front door with the words “personal and confidential” on the front.

The receptionist placed it on his desk and the man opened it when he arrived to work.

‘Here is the game’

“Here is the game and if you play without cheating then you will win because you will have saved a lot of lives,” the letter said.

“On the other hand, cheat and we promise that you, [your wife] and a lot of other innocent people close to you, or perhaps you do not even know them, will die.”

The letter told the man to be smart, not brave.

“Perhaps you would like an example of what we are capable of doing should you even be thinking of choosing the wrong option,” it said.

Listen to the radio for news of murder: letter

The letter instructed the man to put a red piece of paper on the door of his workplace all day on Day 1.

“On Day 2 we will show you exactly what we can do,” it promised.

“We could leave a small body part like a finger, or an ear or a tongue but we do not want to freak out your assistants, so just hearing that an individual was brutally murdered on the radio should be enough.

“Better get at it for we have no communication for any excuse you may have.”

The man testified he immediately called police and alerted his staff and family.

He said he taped a piece of red paper to the door and set up security cameras outside his workplace which ultimately captured someone leaving a second letter taped to the front door of the business again that night.

In the morning, the man once again called police who then told him to get out of town.

On Oct. 11, 2017, one day after the man was told in the letter to listen to the radio for news of a murder, James Satre’s body was found in a Medicine Hat laneway. He had died from a stab wound to the chest.

Satre’s obituary described him as a Red Seal chef who was a “gentle soul” with a passion for the outdoors, photography and reading.

In his opening statement to jurors, prosecutor Conor Doyle explained that after the first letter was delivered, police planned their response which included packing a duffel bag to look like it was stuffed with $1 million, the way the letter demanded, but with a GPS tracker inside.

Snipers and trail cameras monitored the bag’s location and movement and captured images of a man picking up and travelling with the duffel.

There were further letters in the days that followed including one sent to a Medicine Hat news agency that claimed responsibility for the death and blamed the extortion victim and police for not following the exact demands.

Doyle told jurors they will hear evidence gathered following a search warrant executed on Hoefman’s home where he lived with his wife. Police seized a laptop, USB memory sticks and a paper shredder.

On the electronics, police found copies of letters similar to the ones sent to the extortion victim, said Doyle.