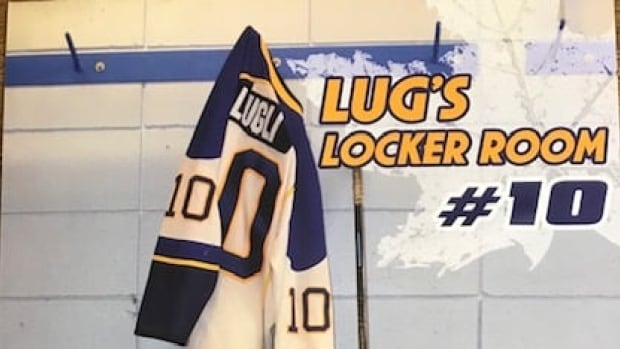 The memory of a father and son in Dryden, Ont., will live on at the local arena.

Mark and Jacob Lugli were killed in July 2019 in a collision on the Trans-Canada Highway, west of Dryden. The two were well known in the community. Mark, as a principal at an elementary school, and Jacob as an athlete.

Donations in memory of the pair were directed to the DREAM committee in Dryden, the Dryden Recreation Expansion and Modification project, which aims to expand, and put new dressing rooms into the local arena, as well as a variety of other improvements.

The committee directed all the funds toward the renovation of what Marnie Oliphant the co-chair of DREAM described as a closet, into a dressing room.

The Dryden Arena didn’t have a dedicated dressing room for women, until now.

Oliphant said the work was completed while the arena was shuttered during the early stage of the COVID-19 pandemic. The dressing room includes a full bathroom along with a shower, new benches, shelves, flooring, hooks, key pad lock and paint.

She said a memorial photo was placed outside and inside of the locker room to honour the pair.

“We’ve called it Dressing Room 10 because Jacob’s number was number 10, and we currently had dressing room one to eight, to we sort of skipped nine.”

“It’s called ‘Lug’s Locker Room’ because of the Lugli, Mark, all through high school we would call him ‘Lug.'”