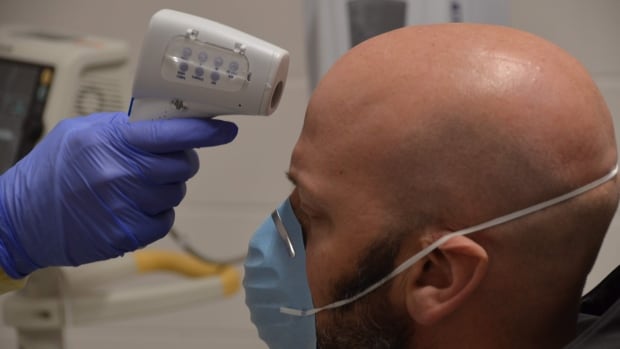 Regina’s COVID-19 case numbers are among the highest per capita for major Canadian cities.

Dr. Alexander Wong, an infectious diseases physician in Regina, says it’s no reason to panic, but that people should keep following public health advice on how to contain the spread.

“I don’t necessarily feel that things are, quote unquote, out of hand. I think our public health colleagues have a pretty good grasp of sort of what’s kind of taking place,” Wong said.  “But I can understand how some people might look at the raw data and think that there could potentially be issues.”

Wong said several factors could be contributing to the high rates, including outbreaks linked to homes and workplaces, and contact tracers in the province being good at finding secondary cases.

Are variants at play?

Variants have been cited as a possible reason for the rising numbers. Wong said there’s not clear evidence to show that variants are common in the province, but that some cases have been found so it’s a reasonable assumption they are out there.

​”Assuredly there is community transmission of variants of concern that’s currently occurring. We just don’t know what the prevalence of that actually looks like. Right now that’s pure speculation,” he said. “​​Regardless of what prevalence of variants are circulating or not, it doesn’t change the fundamental pieces that we all need to take responsibility for.”

Wong said people need to continue to reduce contact with others, wear masks and get tested if they show any symptoms to contain the spread.

​​Dr. Cory Neudorf, a professor in the department of community health and epidemiology at the University of Saskatchewan and a public health physician, agreed. He said Regina’s per capita numbers being high isn’t surprising. In fact, as case numbers are still relatively high in multiple places throughout the province.

Saskatchewan has the highest rate of cases per capita out of all provinces.

“What we’re seeing in Saskatoon and Regina is really just a continued expression of the fact that our restrictions have just not been as much as other provinces,” Neudorf said.

The province’s unwillingness to implement strong restrictions early is part of why the province remains under heavy public health order, he said.

The province saw a sustained high level of cases that rose throughout the fall and peaked in January. Now the decline from the peak has been slower compared to other regions.

Neudorf said the people need to proceed with caution, because even though numbers are dropping in some parts of the province, they’re dropping slowly. He said community spread still prevails in homes (where one family member brings it home and gets the rest of the family sick) as well as in the workplace.

Health officials need to keep aggressive tabs on the variants, ramp up testing to control community spread and be ready to tighten restrictions if the province wants to see meaningful decline in numbers, he said.

Neudorf said the reproductive number for the virus remains in a risky area between .8 and 1 — a range that is viewed as a growth phase. He said that number should ideally be below .7 with the new variants.

Wong said the “new normal” people talk about is still a long way off.

“Stay the bleep home. The pandemic is going to continue on indefinitely. It’s not going to disappear​,” Dr. Wong said. “There will be new variants, never ending strains of the virus and probably ongoing need to vaccinate.”

Both Wong and Neudorf said it’s important people are prepared for what’s to come and that things won’t return to normal until most of the general population is vaccinated.

“It’s like we’re balanced on a bit of a knife edge right now,” Dr. Neudorf said, adding a drop in numbers will allow the vaccine program to work.  “It doesn’t take very much to all of a sudden see a spike in cases, and if that happens we could very easily see a third wave starting in March and April, especially if these new variants take hold.”

Premier Scott Moe said in a news conference ​Tuesday that he has ​​heard from​ people who want the public health restrictions eased up, specifically around household gatherings.

“We are very close to making and finalizing these decisions,” Moe said, adding the

“If that occurs, we should have more to say about household restrictions possibly by early next week,” Moe said.