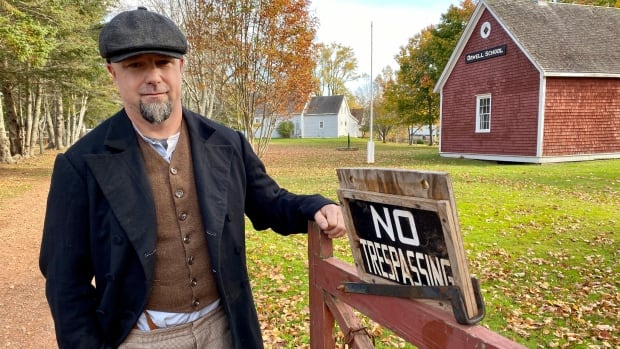 Keeping history preserved is part of the mandate at Orwell Corner Historic Village, something staff say is becoming more of a challenge as they deal with disruptive behaviour.

People have knocked over some fencing and thrown a sanitization station in manure.

But, it is the interactions with the site’s animals that staff say are most concerning.

“We had pumpkins growing in the field and one morning we came in and there’s a whole bunch of pumpkins in with the pigs,” said Jason MacNeil, education officer with P.E.I. Museum and Heritage Foundation.

MacNeil, who is also site director at Orwell Corner, said feeding the animals is disruptive to them, as it throws them out of their normal routines.

It could also be potentially dangerous as the animals could react badly.

“Horses are pretty sensitive so if you’re coming in and feeding the horses, whatever, the horses could end up with colic,” MacNeil said.

“And ultimately, it could kill the horse.”

The P.E.I. Museum and Heritage Foundation site is closed to the general public but still open for special bookings and school educational programming.

Staff will be getting additional signage to remind people not to trespass and stay clear of the animals if staff are not present.

The historic village closes to the general public in the middle of October.

MacNeil said they have booked school tours well into November to keep up with the demand.