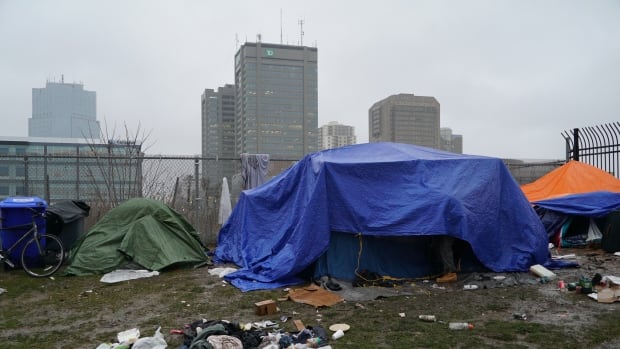 It’s had a tough start, but the city’s head of housing says he remains committed to a program that aims to help lift vulnerable Londoners out of homelessness buy guaranteeing their rent with private landlords.

Kevin Dickins, the city’s acting head of housing, said that while landlords didn’t apply for the head lease program when it was first offered in the spring, he’s confident it’s a plan that will work if more landlords get involved.

“We’re finally starting to get some interest and I think with more exposure, we’ll get more interest,” he said. “It’s something we’re trying and I think that’s the key message. We expect it will be successful but we also expect we’ll learn things along the way.”

The program was announced in April as the COVID-19 pandemic dealt a new blow to a London housing problem that was already at crisis levels.

The program uses city money to guarantee rent will be paid to private landlords who provide housing units for people on the city’s homeless priority list.

The idea is that by backstopping a lease with city money, the landlords’ risks of non-payment is removed, allowing tenants to secure stable housing. Dickins said under the plan, the city guarantees the rent will be paid as long as the tenant and landlord adhere to the lease. Any rent the tenant is able to pay, goes back into the head lease program.

The problem so far? No landlords responded to the city’s original request for proposals. A report coming to the city’s Community and Protective Services Committee on Tuesday says Wastell Homes has recently stepped forward to offer two housing units for a one-year term with an option to renew.

What a London landlord says

CBC News spoke to London landlord Mike Rosehart for his assessment of the program. Rosehart is a London landlord who owns more than 10 rental properties in London and frequently posts on YouTube and other social media channels about real estate investing.

Rosehart said he and the landlords he connects with want to be part of the solution to London’s housing and homeless problem. However, he said being a landlord is ultimately a business, one that can’t suffer losses over time to continue.

“We’re always trying to quantify what the risk is before placing a tenant,” he said. “If you’re losing money, you end up selling the property.”

Rosehart says London’s red-hot rental market may be the biggest reason landlords didn’t sign up. It’s a seller’s market, so landlords need serious incentives before they take on a tenant with no references or employment income. He said the two biggest potential risks landlords face is damage to the rental unit and the possibility of dealing with a Landlord Tenant Board hearing to deal with disputes.

The city’s head lease program attempts to address both these issues. Tenants are required to have insurance that covers damage to the suite and the rental agreements are an exemption from the Residential and Tenancies Act, which Rosehart has long argued gives landlords little recourse to recoup money from a tenant who stops paying.

Rosehart hadn’t heard of the program when it was first announced, and an overall lack of knowledge about the head lease program may have held it back early on, though Dickins said there was extensive outreach to various landlord groups and on the city’s social media channels.

Rosehart said he would contact the city about two available units in a triplex he owns.

“I like that the city guarantees the rent and damages,” he said in a text to CBC News. “Those are the highest risks.”

Meanwhile, Dickins said the city will continue to tweak the program as needed, saying any solution to London’s housing problems will have to involve the private sector.

“It’s really going to take a community to make a dent in our housing and homelessness crisis,” he said. “We have a not of individuals and families that are not getting by. This is a call-out to the private sector to tell them that they can rent to vulnerable populations with the city acting as a support piece.”