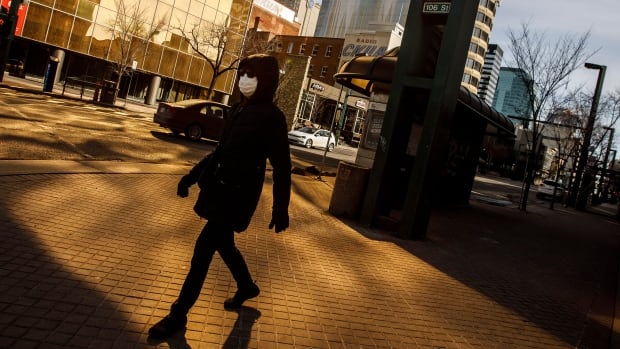 With seven tough months behind them, Edmonton businesses have come up with a list of support they need to survive an unpredictable future — and near the top of that list is improving child-care options and tackling homelessness.

Through the summer, the Edmonton Chamber of Commerce did extensive research into the impact on businesses of COVID-19 and its accompanying health restrictions. At the same time, it conducted brainstorming sessions for the future, chamber president Janet Riopel told CBC Radio’s Edmonton AM on Friday.

“It’s clear that the business community continues to need support more than ever,” Riopel said, before reeling off grim results from a survey conducted with 250 Edmonton and area businesses between Sept. 11 and Oct. 2.

“Nearly half of the businesses have cut salaries or permanently laid off staff. Almost 60 per cent have their team working fewer hours. Three-quarters of businesses have accessed government supports.”

Nonetheless, Riopel takes hope from the “really resilient and positive” businesses that have adapted on the fly to stay afloat and keep people working. She noted that 85 per cent feel prepared if tougher COVID-19 restrictions are imposed.

But the key to that success will depend on the willingness of government to tackle problems identified during the three months of consultations with industry, institution and non-profit leaders, Riopel said.

Earlier this week, the chamber published Forging our Future, a report filled with detailed recommendations on how governments can help businesses withstand the pandemic and boost economic recovery.

“If we want to really build this economy right now, we need everybody’s participation in the workforce. And right now, we know that the parents are facing all kinds of hard choices,” she said.

The report urges the province to explore reforms to the child-care system such as an expansion of subsidies and more flexibility. “This is really important to business,” Riopel said.

Downtown businesses, already suffering from work-from-home initiatives that have substantially decreased foot traffic, are increasingly concerned that people are fearful of going downtown, she said.

According to a September study done for the Association of Canadian Studies, more than 75 per cent of Edmontonians have avoided going downtown since the start of the COVID-19 outbreak.

“Edmontonians don’t feel safe visiting downtown,” she said. “Come on, that is terrible news for our city.”

“Addressing the impacts of homelessness is viewed as crucial to our economic recovery, and this issue was raised by participants at every roundtable discussion the Edmonton chamber has hosted since the pandemic began,” it says.