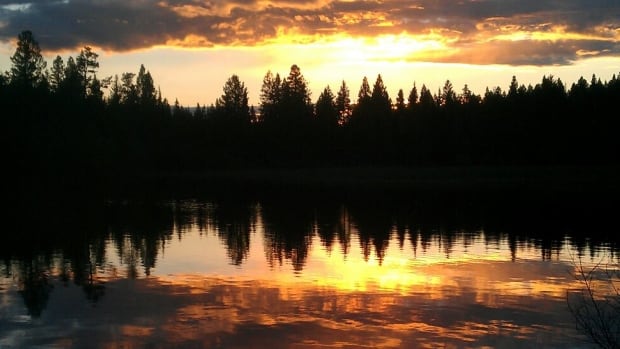 While B.C. health officials warn about COVID-19 health risks from crowded parks and beaches around B.C., concerns are also growing about damage by staycationing hordes to sensitive nature spots further off the beaten track.

One such location over the August long weekend was Johnson Lake near Barriere in B.C.’s southern Interior.

Often described as a “hidden gem,” the pristine lake and surrounding area were overrun with an unprecedented wave of visitors, according to people familiar with the spot.

Kamloops resident Kathleen Karpuk told CBC’s Daybreak Kamloops she was shocked by what she saw when she went to Johnson Lake for a paddle last weekend: Dozens of tents pitched along the road outside the packed overnight campground and day use area; new trails to the lake cut through the forest; evidence of campfires.

As well, she said, “there was feces and toilet paper and garbage everywhere.”

Karpuk said COVID-19 transmission is not her biggest concern; it is the environmental degradation of sites like Johnson Lake from overuse and misuse.

“They’re beautiful remote lakes. And the reason that they’re treasured is because they’re pristine. And that’s no longer the case,” she  said.

Jim and Barb Lewko, owners of the small Johnson Lake resort, said in an email that “overtourism” has been a concern since the unspoiled beauty of the location was widely publicized on social media five years ago. But COVID-19 and the staycationing trend have made it much worse.

“Last weekend the number of tourists was more than we have ever witnessed,” they wrote. “The last thing this lake needs is more attention.”

“That was my first experience with things going viral, so had I known that would all happen I would have never named the lake,” she said. “All of a sudden I start seeing all these posts over at Johnson Lake.”

“That lake is not supposed to accommodate hundreds and hundreds of people. It can accommodate maybe 40 people,” she said.

Cline said she no longer identifies the locations she writes about online. Instead she urges people to go and explore for themselves.

With files from CBC Daybreak Kamloops