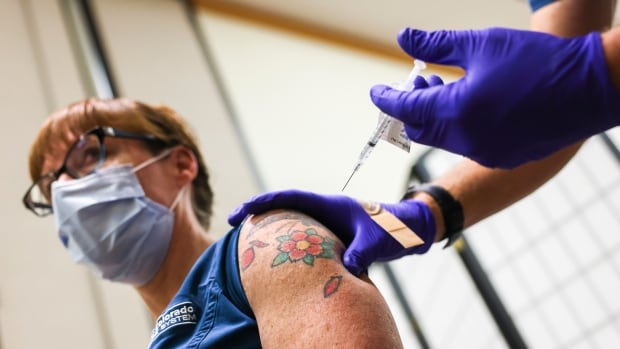 Two more people have died from COVID-19 in Saskatchewan, including someone under the age of 19.

The deaths bring the total reported since the pandemic began to 398. This is the first time a death has been recorded for the 19-and-under age group.

The province reported 116 new cases of COVID-19 on Sunday in the following zones:

As of Sunday, there were 1,518 cases of COVID-19 considered active in Saskatchewan.

Another 209 recoveries were reported, bringing the total number of recoveries to 27,794 as of Sunday.

Another 1,428 vaccine doses have been administered in Saskatchewan, the Sunday update said, bringing the province’s total number of vaccines administered to 91,884.

The government update said a Pfizer-BioNTech vaccine shipment is expected on Tuesday to Saskatoon and Regina, with 3,510 does to each city, and on Wednesday to North Battleford (4,680 doses), Yorkton (1,170 doses) and Prince Albert (1,170 doses).

There are 136 people in the hospital due to COVID-19, including 22 in intensive care.

There were 2,263 COVID-19 tests processed on Saturday.

CBC Saskatchewan wants to hear how the COVID-19 pandemic has impacted you. Share your story with our online questionnaire.