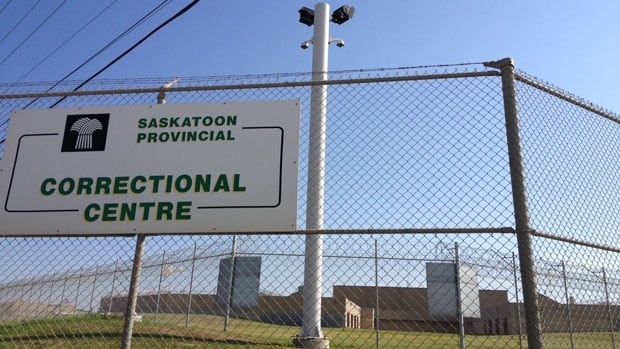 The number of COVID-19 cases at the Saskatoon Provincial Correctional Centre has surpassed 100, including both inmates and staff.

Glenn Billingsley, the manager of Labour Relations for the Saskatchewan Government Employees Union says as of Saturday night, there were 106 COVID-19 cases in inmates and 22 cases in staff for a total of 128.

He says staff at the facility are working hard to keep inmates and each other safe, but notes the situation has put pressure on everyone inside.

“What we now see is a rising number of inmates that have received a positive and that’s a concern,” Billingsley said. “We have grave concerns for our correction workers and the rising anxiety among the inmates, which is becoming more concerning for our staff.”

The latest update means one-fifth of inmates at the centre have now tested positive for COVID-19. There are almost 500 inmates at the Correctional Centre, according to an inmate who wrote a letter to provincial and federal governments.

Billingsley said the union has been hearing concerns about the mental health of its employees as they work through the outbreak, but notes steps are being taken to reduce their risk of exposure.

“It’s become extremely risky for our COs [corrections officers] to be working during this time and we are doing everything needed to request all the proper and approved PPE required,” he said, noting it’s a “very live situation.”

An outbreak at the facility was officially recorded on Nov. 17 and cases spread quickly throughout the facility, with some inmates initiating a hunger strike as they called for more measures to separate healthy inmates from their infected peers.

In a statement, Minister of Policing and Corrections Christine Tell said the provincial government is “deeply concerned” about the rising cases at the facility, saying it has introduced strict measures to slow the spread of the virus. This includes suspending intake at the jail and prohibiting any outside visitors besides staff.

On Sunday, Billingsley confirmed they’ve been told by the ministry positive cases are still being housed in units where other healthy inmates are living, and said those cases are being monitored on an individual basis.

“At this point, it’s almost impossible to separate them into one unit,” he said.

Billingsley said the level of communication between staff at the Saskatoon facility, the union and the pandemic team has been “extremely co-operative” and says he feels communication is being relayed to both union members and inmates.

“What we’re seeing is an incredible collective collaboration between both management and the union at the facilities,” he said.

He said while cases are expected to rise in the next few days, he says they are hopeful the measures in place will work in slowing the spread, saying “within the next week, we should be turning the corner.”

He said staff at the facility deserve major credit for working their way through a situation that has been anything but easy.

“The general public, when they understand the seriousness and the risk our correction workers are facing, would realize these core individuals of employees are incredibly dedicated to their jobs and deserve a tremendous amount of credit.”