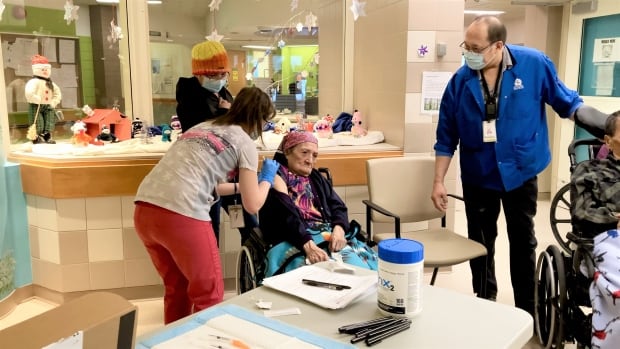 Ontario’s plan to vaccinate the populations of its most remote First Nations communities against COVID-19 faces many challenges, but Indigenous leaders say that earning the trust of the people must be a priority.

Grand Chief Alvin Fiddler of Nishnawbe Aski Nation, a political organization that represents 49 of Ontario’s 123 First Nations, said that the most obvious hurdle of Operation Remote Immunity is geography, as those remote communities may not have an airstrip and must have their winter roads built in time for the vaccine to be delivered. But he said that even more important than the physical logistics of delivering the vaccine is ensuring that Indigenous
people are willing to accept it.

“Making sure that communities are aware of the vaccine, that they understand the vaccine and why it’s important so they can consent to getting the vaccine is part of the challenge,” said Fiddler.

All 31 remote First Nations that are participating in Operation Remote Immunity are part of Nishnawbe Aski Nation, so Fiddler and his staff have been working with Ontario’s vaccine task force as a liaison between the individual communities and the government.

Communication has had to flow both ways before the vaccines start arriving on Feb. 1.

“We’re creating material for distribution with our health authorities, creating pamphlets and social media, making sure everything is translated into Ojibway, Ojicree and Cree,” said Fiddler. “So our elders can really understand the information that’s being sent to them.

“Once they do understand it they can give it serious consideration before giving their consent.”

Fiddler said that making sure everyone understands what’s in the vaccine and why it’s important to take it is necessary for First Nations people who are living with the trauma of Canada’s colonial history.

“It’s not just the vaccine itself, it’s the whole history of the sad, sometimes tragic past of health care and how it’s been delivered in our communities,” said Fiddler, adding that historically there has been a two-tiered system where Indigenous people received inferior health care.

“That’s what we’re up against. It’s a massive undertaking and it’s a challenge we know that we have to address as part of this rollout.”

Ontario Regional Chief RoseAnne Archibald, who is on the province’s vaccine task force, said she was also aware of some reluctance by First Nations people to take the vaccine. She pointed to a history of medical experiments being performed on Indigenous people from the 1930s to the 1970s.

“We do know that in the past vaccines were tested in First Nations communities,” said Archibald, who added there is no mechanism for polling First Nations populations about things like vaccine hesitancy.

“The trauma and experiences from residential schools have left our communities in a state of hesitancy when it comes to trusting Canada.”

A spokesman for Ontario’s Ministry of Indigenous Affairs said that the administration of vaccines has already begun in Ontario’s larger First Nations communities, starting with long-term care homes in Six Nations of the Grand River, Mohawks of Akwesasne, Oneida Nations of the Thames, and Wiikwemkoong Unceded Territory.

Vaccinations have also begun at the Sioux Lookout First Nations Health Authority and Weeneebayko Area Health Authority, with a focus on hospital and long-term care and chronic care staff and residents.

Spokesman Alex Puddifant said Ornge, the province’s air ambulance corporation, is leading the operations for the 31 fly-in First Nation communities, transporting the vaccine from hub cities in Northern Ontario to the reserves. Partner organizations including, Northern School of Ontario Medicine and Queens University, will help provide nurses and paramedics to administer the doses.

Fiddler said that NAN is playing a supporting role, ensuring that communities are ready when the vaccines arrive with interpreters, drivers, and a co-ordinator to make sure that all of the residents in a territory consent to the vaccination and receive their dose.

Dr. Sarita Verma, the dean of the Northern Ontario School of Medicine, said that she and her team know they’ll have to build trust with patients who are, or are directly related to, residential school survivors.

Indigenous Services Canada reported on Tuesday that there were 428 active cases of COVID-19 among Ontario’s First Nations.