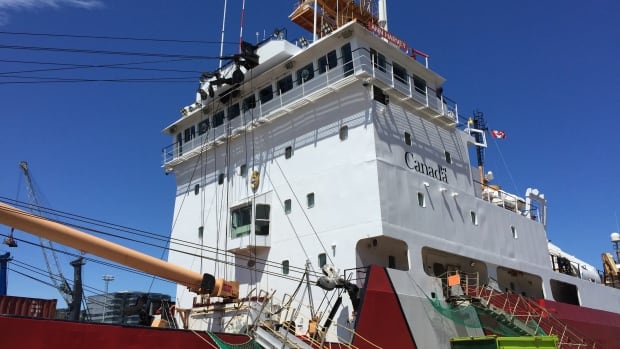 A lobby group demanding improved search and rescue oversight in Newfoundland and Labrador wants a say in the newly-launched provincial inquiry on the matter, advocates said Monday.

Concerned Citizens for Search and Rescue, led by Merv Wiseman and founded in August, wants to shape the terms of reference for the inquiry into ground search and rescue services, launched Jan. 14 nine years after the death of its catalyst, Burton Winters.

“There’s no oversight for search and rescue,” said Wiseman at a press conference Monday. The group also wants official standing at that inquiry, announced earlier this month, but presently has “no guarantees that we’re going to get it,” he added.

He pointed to jurisdictional gaps in marine search and rescue as the impetus for the group’s request, saying both the prevention and recovery infrastructure is lacking.

Melissa Mayo-Norman lost her husband, Scott, last year when a four-man crew was lost on a fishing vessel off St. Lawrence. She sat beside Wiseman and voiced her support for the group’s efforts.

That vessel, the Sarah Anne, hasn’t been found, but the bodies of Edward Norman, 67; his son, Scott Norman, 35; and his nephew, Jody Norman, 42, were recovered last May. The body of Isaac Kettle, in his 30s, was found in June.

The four men went missing in the mouth of Placentia Bay. The Canadian Coast Guard’s Maritime Rescue Sub-Centre in St. John’s was called at 7:58 p.m. the day they were due back, working with the Joint Rescue Co-ordination Centre in Halifax to dispatch multiple aircraft and vessels, along with local volunteers.

But Mayo-Norman says not enough was done to piece together what happened after the tragedy, nor to find Kettle’s body.

It’s up to volunteers to move the investigation forward due to that jurisdictional gap: The Canadian Coast Guard hands off the search once it’s deemed a recovery mission, Wiseman explained. Then the RCMP take over — and call it off after a time has passed without finding the bodies or wreckage.

Mayo-Norman described frantic St. Lawrence residents combing the shoreline for bits of debris, eight months since the deaths. She says finding out what happened to the vessel would give the community a sense of closure.

“We had to fight for them to find Isaac,” she said. “Unfortunately we don’t carry the money to have those big companies to come out and look for that boat … but we also feel it shouldn’t have been our responsibility.”

She expressed disgust at the need for a GoFundMe page raising money for the search of a fishing vessel lost off Nova Scotia in December, expressing that it’s government, instead, that should step in to pay for transportation safety investigations.

“We don’t get a chance to grieve. We gotta fight,” she said. “This system is badly broken. Badly.”