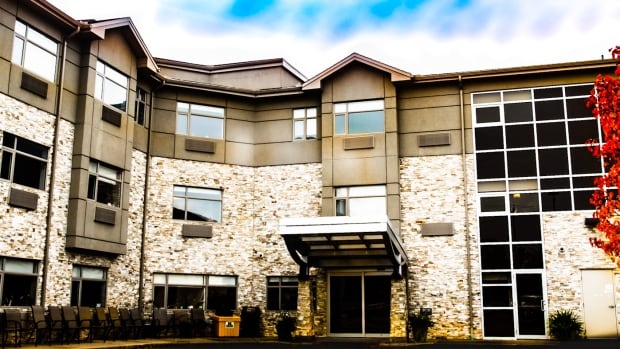 A new home that will house seniors and individuals on the autism spectrum with their caregivers opened on Friday in the town of Lucan, Ont.

Jake’s House, a Canadian charitable organization that supports Canadians with autism, celebrated its first opening of its residences created in an effort to address the housing crisis for those with autism who do not have the means to support themselves, or their aging parents.

The building operated as a retirement home but will now act as a 55-unit home for senior residents and individuals with autism.

Jake’s House co-founder David Bodanis told CBC London the opening of the residences is a long time coming for the organization.

How Jake’s House came to be

David and Irene Bodanis, parents of three sons, two of whom have autism, founded Jake’s House after realizing that far too many children on the autism spectrum would not be invited to holiday parties.

In 2004, they didn’t get an invitation to their family holiday party.

“The [reality] of isolation and life with autistic children for us kind of began then,” he said.

So they threw their own party.

David said his wife came up with the idea to host a party, which saw over 20 children with autism attend, along with their parents.

From that moment on, the couple decided that Jake’s House should be designed as an outreach program to other families. It went from hosting holiday parties, expanding into a mentorship program, and now creating necessary housing for the autistic community.

Last year, the party saw around 700 attendees — an incredible turnout Bodanis credits entirely to his wife’s efforts within the charity and their family.

He said seeing their children grow older, the thought of not having enough support for them as adults opened their eyes up to other families who are in “less than ideal” living situations.

We didn’t want anybody to stand on the corner of Sick Kids and feel like they’re the only two people on the planet.– David Bodanis, Co-Founder of Jake’s House

There is a current housing crisis for individuals with autism who are also living with their aging parents, he says. Creating community residences is one way of addressing this situation.

“If it wasn’t for our oldest son and his kind of calming influence in our house, we would have really faced some big obstacles, so the basic idea was just to help out parents that were like us,” Bodanis said. “We didn’t want anybody to stand on the corner of Sick Kids and feel like they’re the only two people on the planet.”

You need a lot of help, and sometimes it’s not that easy to find it, he said.

“For the first time in history, individuals with disabilities are outliving their parents — and the housing options for the autism population are inadequate,” the organization’s news release notes.

“These customized, inclusive communities offer a range of supports, ensuring every individual’s unique needs are met while empowering families to stay together.”

The release also notes the organization’s commitment to providing a social solution that makes a “real difference in families’ daily lives and developing a long-term support system for a better future.”

1 in 66 children diagnosed with ASD

Autism Spectrum Disorder (ASD) affects the way a person relates to the people and world around them.

The release defines autism as a “lifelong developmental disorder, especially affecting social communication.” It is also one of the most common disabilities in Canada.

One in 66 Canadian children are diagnosed with ASD, according to a 2018 report by the Public Health Agency of Canada (PHAC) on the National Autism Spectrum Disorder Surveillance System.

PHAC describes ASD as a neurodevelopmental disorder that includes impairments in language, communication skills, and social interactions combined with restricted and repetitive behaviours, interests or activities.

There are 135,000 people on the autism spectrum who are eligible to be members of the Ontario Disability Support Program — 14,000 identified individuals on wait lists for affordable housing — a growing number, the release notes.

But with entering a new community, Bodanis said this comes with some challenges in regards to educating residents and informing them on what to expect with the new residence.

MPP Monte McNaughton and Lucan Mayor Cathy Burghadt-Jesson also joined in the outdoor celebration of the residence’s opening on Friday.

Jake’s House is looking to expand the Lucan residence to double its current size to accommodate over 100 individuals. As well, it is also working to open up three other community residences across Ontario.