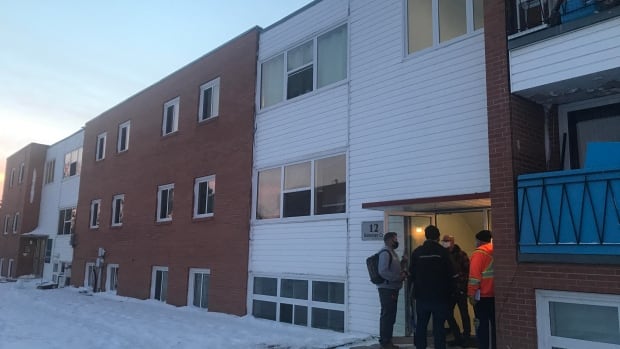 Carbon monoxide can be a silent killer.

However, despite the dangers of the odourless and tasteless gas, not all buildings in the province have carbon monoxide detectors.

Last week, 29 people ended up in hospital because of a carbon monoxide leak from a boiler in an apartment building in Saskatoon. Now the city is looking into the possibility of making them a requirement.

“Before jumping straight into passing a bylaw, you need to make sure you understand what is the city’s role in this,” said Mayor Charlie Clark.

Between 2002 and 2016, Saskatchewan saw the highest increase in carbon monoxide (CO) related hospitalizations per capita at 34.7 per cent, according to a 2017 report about carbon monoxide poisoning published through the University of the Fraser Valley in BC.

The research counted more than 300 CO-related deaths per year across the country as well as over 200 hospitalizations.

“That was of grave concern for us,” said retired fire chief and co-author of the report Len Garis, who is also an adjunct professor in the School of Criminology and Criminal Justice at the University of the Fraser Valley.

What happened in Saskatoon last week is no surprise, and it could have ended tragically, said the BC expert.

“Especially being a winter environment where folks basically have their windows closed … trying to keep warm and using their furnaces and their heating systems at the top end.”

In 2019 two children died in Saskatchewan of suspected carbon monoxide poisoning in the Prince Albert area.

The Saskatoon apartment building that was evacuated last week did not have carbon monoxide detectors, but the property owner has since installed alarms, according to the Saskatoon Fire Department.

While the National Building Code (NBC) requires CO-alarms in new homes erected after 2009, this does not apply to older buildings, like the one in Saskatoon.

“It’s not retroactive where you make people chase the code for lack of a better term,” said Yvonne Raymer, assistant chief of the Saskatoon Fire Department.

CO-alarms not mandatory in Sask. homes constructed before 2009

While the Saskatoon Fire Department looks into potential bylaw changes, Garis said he wants all provinces to make CO-alarms mandatory in all buildings.

Ontario passed a law in October 2014, requiring all homes at risk of CO to make carbon monoxide alarms mandatory, regardless of the age of the construction.

Saskatchewan has adopted the NBC which sets out the minimum code standard. Currently carbon monoxide alarms are not mandatory in homes constructed before 2009, according to an email from the provincial government. Since 2009, all new buildings with sleeping accommodations require carbon monoxide detectors.

Before adopting the next version of the NBC, which is expected to be released in late 2021, the province wants to consult with stakeholders, the government said via email.

According to Clark, he has reached out to the provincial government and plans to continue the conversation.

“I think that we need to be working between all levels of government because each of us have different parts of the responsibility for oversight when it comes to health and safety issues,” he said.

Incidents like in Saskatoon should serve as a reminder that everyone can be at risk when it comes to CO poisoning, said Garis.

“We have, you know, tens of millions of houses in Canada that are likely at risk or potentially could be at risk.”