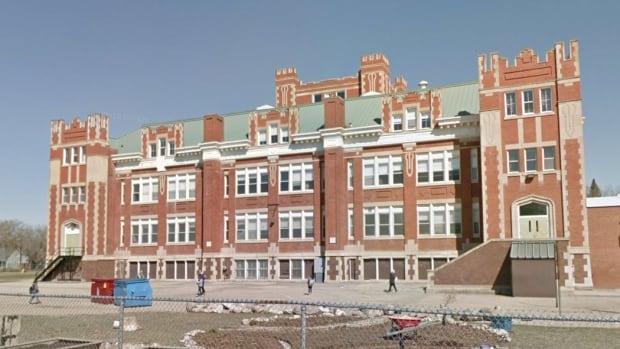 Many are on board with three aging Saskatoon elementary schools coming together to form one new school, but some neighbourhood residents are worried they’ll lose the heart of their community in the process.

The city, public school board and Saskatoon Tribal Council all agreed in April that King George, Princess Alexandra and Pleasant Hill elementary schools should form one new, larger school in the city’s core. Two of the three buildings are a century old.

This week, the King George Community Association sent out a survey to neighbours about their thoughts on the plan.

“The one thing that was resoundingly clear from our community survey is that the loss of the community school in our neighborhood will really be deeply felt,” said Karen Jensen, outdoor co-ordinator with the association.

“Having the school in our neighborhood is really at the heart of our community.”

The school is a meeting place of sorts, Jensen said. Residents of all ages spend time in the area doing recreational activities like skating, while others attend community courses. The association hosts its annual winter festival at the school every year.

Residents also said it’s important that a school is within walking distance of their homes, Jensen said.

The new school is expected to be built within the next two to three years on the site of the current Princess Alexandra School, located at 210 Avenue H S. in the Riversdale area.

King George School is about 1.2 kilometres from that location, so part of the concern for King George residents is it will be too far for people to walk or bike safely to school, Jensen said.

Saskatoon Public Schools told CBC News in an email it has been in touch with the King George Community Association, both through the area trustee and the division’s administration.

Jensen said she was unaware of any consultation with the community before the decision to amalgamate the schools and that residents only learned of the plan when it was reported in the news.

The association reached out to the school board for more information, she said. The school board had little to share, but did promise to consult residents when it learns more.

“We certainly appreciate the investment in education and infrastructure in the core neighbourhoods,” said Jensen,

Some residents in King George are expressing concern over losing their neighbourhood school. King George is set to amalgamate with Pleasant Hill and Princess Alexandra, to create a brand new core school. Karen Jensen is the outdoor coordinator with King George Community Association. She spoke with CBC’s Jennifer Quesnel. 6:40

Saskatoon Public Schools said it does not currently have future plans for the King George School site and that the division will consult with the Ministry of Education and school community about alternative uses.

If the property cannot be used for a school, Jensen would like to see it turned into a community space for the neighbourhood. Research would need to be done on how to renovate the building and fund such a project, she said.

The decision to build the new school was originally announced in the provincial government’s spending report in March as one of several school-building projects across Saskatchewan.

Building the new school could cost between $22.5 million and $25 million, while renovating the three existing elementary schools could cost about $68 million total, the public school board estimated.

The new school will house roughly 400 to 500 students.