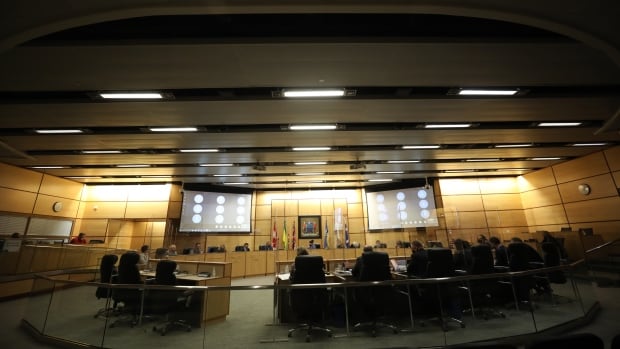 The City of Regina is proposing a 2.34 per cent property tax increase in its 2021 budget.

The proposed increase is made up of previously approved dedicated increases for Mosaic Stadium (0.45 per cent) and the Recreational Infrastructure Program (0.5 per cent).

The rest of the increase (1.39 per cent) is earmarked for the $100-million police budget ($4 million more than last year). The force plans to add 11 full-time equivalent positions.

The city said it found $5 million in efficiencies and has almost $16 million in its COVID-19 Recovery Reserve that will cover related expenses and revenue losses.

The city is estimating COVID-19 to have a $12-million negative impact on city operations this year. The losses will come from decreased revenues from areas such as transit, traffic tickets, parking and amusement taxes.

“If the actual costs are less, that provides more flexibility for council to fund other things, and if costs are more just like last year I would anticipate we would bring an action plan forward to council,” said Barry Lacey, the city’s director of Financial Strategy and Sustainability.

Holden said that if it wasn’t for extra funding from the federal and provincial governments along with finding efficiencies, the increase would have been much higher. He said the city received almost $16 million from the federal restart program.

“So as an example, if the municipality didn’t find that $5 million and we didn’t have the flexibility to cover off the $12 million that we are going to be short in revenue, we would have a $17-million gap. That equates approximately to between a six and seven per cent mill rate increase.”

The general operating fund expenses are projected to be $480 million in 2021, an increase of about $7 million over the 2020 Budget.

The city is also using $31 million it received from the Municipal Economic Enhancement Program (MEEP) in 2020 to advance various capital projects.

The proposed budget includes capital spending of $19.7 million toward new and existing aquatic infrastructure, including $12 million from MEEP for the Wascana Pool.

Reginans would also be paying more three per cent more on their utility bills, or about $4.44 per month.

Holden said the reality is that costs go up and he is happy to keep the increase to 2.34 per cent and not cut back on services.

“I believe it’s our job to try to continue to deliver those [services] and to be as efficient and effective as we possibly can,” Holden said.

This is the first budget for the new council that was elected last November. Six of the 11 on council, including Mayor Sandra Masters, are newcomers.

Masters said she thinks the proposed budget is fair one.

Council will begin to consider the proposed budget on March 24 at 1 p.m. CST.

Anyone who wants to address City Council may attend the meeting via teleconference. To attend, you must provide the office of the city clerk with the telephone number you will be using to call in. You can do this by email to [email protected] or call 306-777-7262 no later than 12 p.m. CST on March 22.