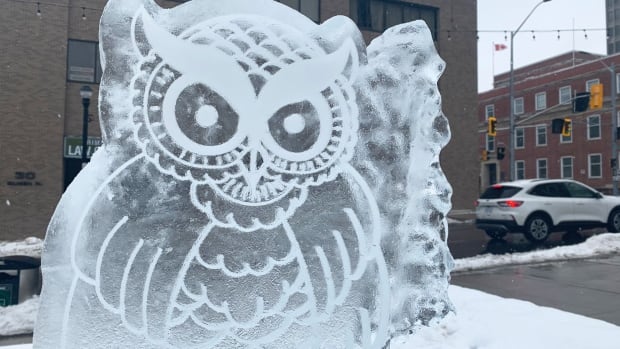 The area of Duke and Queen streets in downtown Kitchener is now home to several ice sculptures, in Vogelsang Green Park.

It’s the work of sculptor Richard Reinelt, who recently worked with the Downtown Kitchener BIA for the project.

Throughout the month of February, he’s been sculpting new designs and adding them to the park. There are now six in total: a deer, two polar bears, dogs, an angel and an owl.

On average, Reinelt said it takes him three hours to complete one ice sculpture.

“It all depends on what I’m creating and the detail involved,” Reinelt told CBC Kitchener-Waterloo. 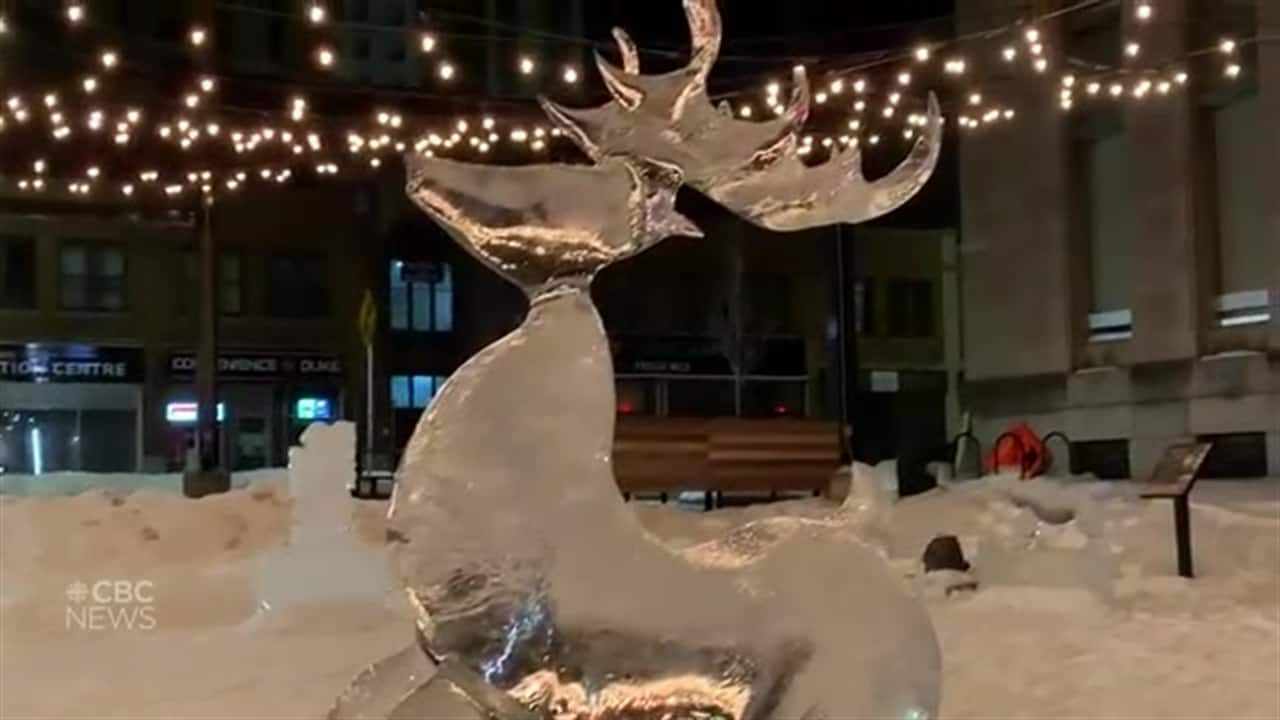 Ice sculptures can be found at the corner of Duke and Queen streets in Kitchener. 0:14

Reinelt said he started ice sculpting on the side after an interest in the craft was sparked by watching other sculptors and by videos online.

“I worked a job back then and did this for fun on the side,” he said.

Now, the 62-year-old dedicates most of his time designing and sculpting at his studio, located beside his home just outside London.

“I just walk out of the house and into the studio and away I go,” he said.

The sculptures will be at Vogelsang Green Park until the warmer weather melts them away.