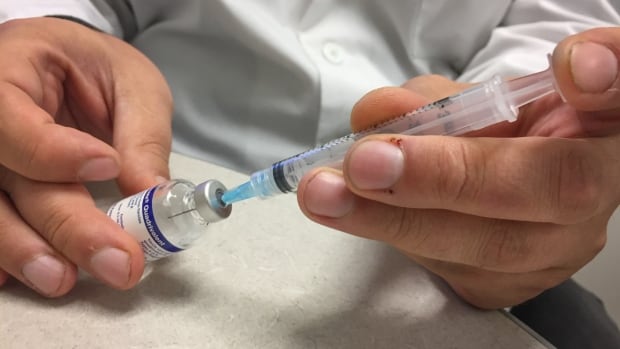 The Windsor-Essex County Health Unit reported two new cases of COVID-19 in our region, both of which were among workers in the agri-farm sector.

Though new case counts remain relatively low locally, across Ontario case numbers continue to rise, and there are mounting calls for the government to take more actions to slow the spread of the virus now, in an effort to avoid a full-scale lockdown later.

The average number of new cases reported daily over the past week was 383, double what it was just nine days earlier. The daily case count has exceeded 400 on four of the past five days.

“The premier and I are both very concerned about the rapid increase in numbers, as I know the people of Ontario are, but we do have a plan,” Health Minister Christine Elliott said Tuesday.

But Elliott and Premier Doug Ford did not announce any new public health measures on Tuesday to try to rein in those numbers.

They did unveil one element of Ontario’s promised COVID-19 fall preparedness plan — the province’s upcoming flu vaccination campaign. The government intends to roll out the rest of its fall plan piece-by-piece over the coming days.

WATCH | Ford tells people to get their flu shot:

As part of its fall preparedness plan to fight the coronavirus, Ontario Premier Doug Ford said the province is investing $70 million in a flu shot campaign. 1:34

“We have been told we will probably get our flu vaccine mid-October which is typically when we do receive it,” she said.

Marentette said the health unit is not aware of any possible shortages of the vaccine so far, and explained that generally they go to the most vulnerable people first — like those who are immunocompromised, elderly or patients with conditions requiring the shot.

One retirement home is currently under outbreak.

Outbreaks at Rosewood Erie Glen and New Begninnings, both in Leamington, have now ended.

34-year-old hospitalized with COVID-19 has a message

As a young and healthy 34-year-old, Brandon Wu never anticipated he’d contract COVID-19 and end up hospitalized with the disease.

“It sucks, I never thought I was going to have it, but here I am,” Wu said. “You don’t see this too often.”

“I want to be that one where they listen. I want to show how I’m feeling, how I am, because this is not a joke, this is very real.”

Wu spoke to CBC News on Tuesday from his bed at Windsor Regional Hospital while receiving an iron transfusion. Since being admitted to the hospital on Friday he’s posted videos to Facebook to share his experience with family and friends.

In Windsor-Essex, the local health unit has reported that more than half of the region’s cases are in those 39 years old and younger.

While Wu said he wants to share his story to put a face to the numbers, he also said he hopes he can show people why they should continue to wear a mask and protect themselves from the disease.

READ MORE | Windsor man, 34, has this message for his peers as COVID-19 lands him in hospital

Over the past few weeks, the health unit has flagged several businesses for potential COVID-19 exposures.

In each case, a customer or staff member has tested positive and the health unit wants anybody who may have come into contact to be alerted, self-monitor for symptoms and seek care if symptoms develop.

The affected businesses and dates include:

Lambton Public Health reported no new COVID-19 cases Tuesday. There have been a total of 344 cases in Lambton-Kent.

Chatham-Kent Public Health reported no new cases since last week. There have been a total of 366 cases in Chatham-Kent.