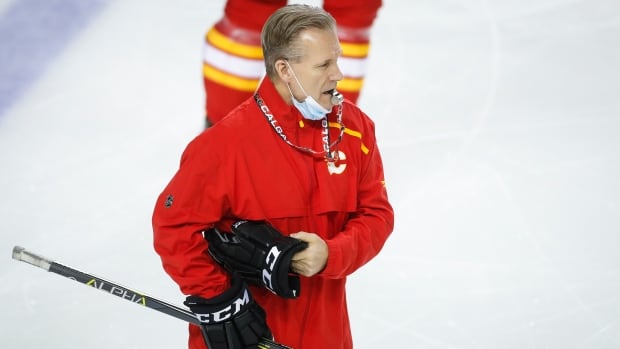 The Calgary Flames have fired Geoff Ward and brought Darryl Sutter back as head coach.

The team made the announcement Thursday night after Ward coached the Flames to a 7-3 win over the Ottawa Senators. The Flames went 11-11-2 under Ward.

The 62-year-old from Viking, Alta., guided Calgary to the Stanley Cup final in 2004 when the Flames lost in seven games to the Tampa Bay Lightning.

He has 18 seasons of head-coaching experience in the NHL with Chicago, San Jose, Calgary and Los Angeles.