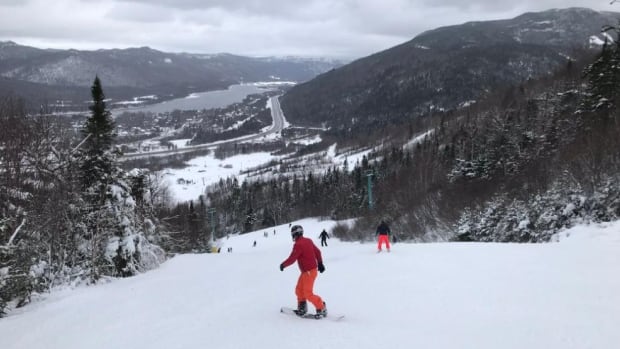 It’s still not clear if the Newfoundland and Labrador government will open Marble Mountain for the upcoming ski season, and the uncertainty has business owners in the area concerned about their winter income.

Government has not provided a definite approval for skiers and riders in 2021, as much has to be considered with the province’s health guidelines for the COVID-19 pandemic.

For Marble Inn owner Joe Dicks, that is just not a good enough answer.

“I’m minutes from the first chair lift so skiers represent a significant part of my revenue stream,” Dicks said.

Dicks says if the Steady Brook ski resort does not open for the 2021 season, his business — which offers accommodations, two restaurants and a spa — will suffer significantly.

He says operating a business amid COVID-19 health restrictions has been very tough over the past six months, and he would like the Newfoundland and Labrador government to open Marble Mountain to the public.

“Newfoundland is at the bottom of the pile in financial support they have contributed provincially toward small business and now they are concerned with what works out ot be about $1 million a year. Pennies really, if we have learned anything from COVID and the past six months,” he said.

“Given that the provinces of Nova Scotia and PEI have quadrupled money spent on small business, it time for government to just say yes we are behind the businesses of Western Newfoundland and yes we will see that Marble opens.”

More than two years ago, the province issued a request for proposals (RFP) to possibly sell the hill. The government has been subsidizing the operation by nearly $1 million a year.

Little, though, has yet been revealed from the RFP process, and Dicks believes enough is enough.

“They should either fix some of their management problems or get on with running the hill profitably and successfully even if that requires a subsidy, or sell it. Something should happen. They should get behind Marble. It’s important to us and it means something to us,” said Dicks.

‘It’s going to be tough’

In downtown Corner Brook, about 30 minutes from Marble Mountain, Newfound Sushi owner Kevin Vincent is only offering takeout right now because of COVID-19 health restrictions. Dine-in services remain on hold, and he works nights to make sushi to sell at the local Colemans grocery store.

Vincent says he has already changed so much to accommodate the new COVID-19 lifestyle, he is banking on a busy winter that usually involves a lot of customers from the hill.

Vincent, who has plans to reopen both his dining rooms mid October, is hoping that Marble will open in January. He says he sees a lot of skiers and snowboarders in the months of February and March. Without them, he says, business will be tight.

“We are in the middle of a COVID pandemic. Its hard to tell. Numbers will be down. Sales will be down. We don’t know about Marble and then we may have a second wave. It’s going to be a different year.”

The Newfoundland and Labrador government has not yet indicated when it will announce a decision on Marble Mountain’s status.