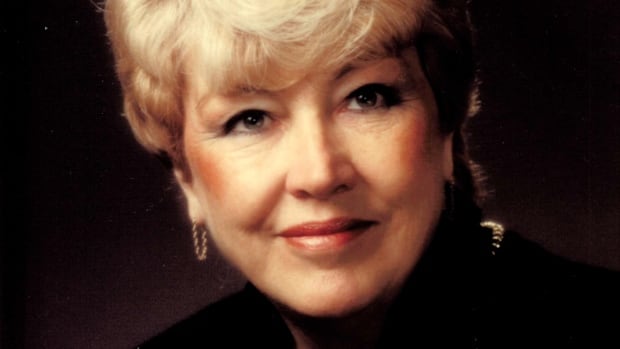 Brenda Robertson, who made New Brunswick history when she became the first woman elected to the legislature and to serve in cabinet, has died. She was 91.

Robertson died Wednesday at her home in Monarch Hall in Riverview, surrounded by family and staff.

“Mom lived a rewarding life, which we will celebrate at a later date, when the appropriate arrangements can be made,”  her son Doug and daughters Leslie and Tracy wrote in a statement.

Brenda Robertson was elected as a Progressive Conservative member of the legislature for the riding of Albert in October 1967, and sat in opposition for three years during the final term of Liberal Louis Robichaud.

After the PCs came to power in 1970 under Richard Hatfield, Robertson became the first woman to be appointed a provincial cabinet minister. She held a number of portfolios, most notably health.

As health minister, Robertson developed and implemented the extramural hospital program in the province.

In 1984, she was appointed to the Senate by Prime Minister Brian Mulroney and remained in that role until her retirement in 2004.

Robertson was also named to the Order of New Brunswick in 2001.

In 2008, Robertson was described as a “trailblazer and role model for women in politics,” when she was named a member of the Order of Canada.

“Our family, like thousands of others across this country, will do our best to grieve during this unprecedented time,” said Doug Robertson.

Duncan Matheson remembers Robertson as an influential government minister who knew her files and represented her constituents very well.

He was a rookie reporter at the legislature when he met her.

“What stands out to me is what a lovely person she was in the sense that here I was rookie — didn’t know anything— and she would have so much patience and she would always make herself available, explain anything, answer any questions — she was just a sweetheart that way.”

Matheson said she was a pioneer when it came to promoting women as legislators.

He recalls Robertson telling him that when she joined the Progressive Conservative Party, the job of women was to make the coffee and to set up the chairs, not to sit around the table where strategy decisions were being made.

“She was one of the first ones to break through into that environment and said, ‘No, I’m not here to make cookies,'” Matheson said.

“That paved the way,so now when women get involved in the party, it’s not to make the cookies, and I think many of them have at least her partly to thank for that.”