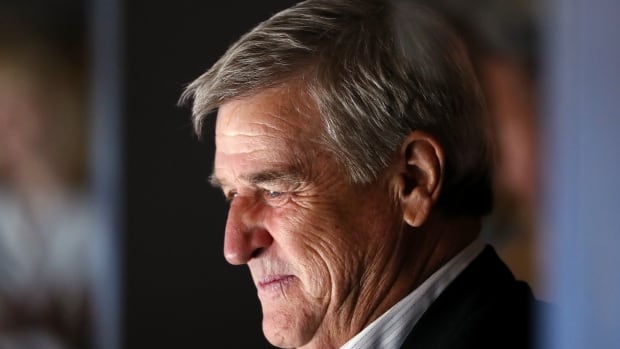 The Boston Bruins legend took out a full-page ad in Friday’s New Hampshire Union Leader, where he calls Trump “the kind of teammate I want.”

The ad, which includes a photo of Orr and Trump giving a “thumbs-up” gesture, was published less than a week before the U.S. election on Tuesday, Nov. 3.

Trump’s tumultuous first term in office has been beset in recent months by high rates of COVID-19 infections and deaths, as well as protests in major American cities against racism and police brutality that have sometimes turned violent.

The Parry Sound, Ont.-born Orr, however, says Trump has come through for Americans “regardless of race, gender, or station in life.”

The 72-year-old played almost all of his 12 seasons with the Bruins, winning two Stanley Cups, eight Norris Trophies and three Hart Trophies. He finished his career with the Chicago Blackhawks.