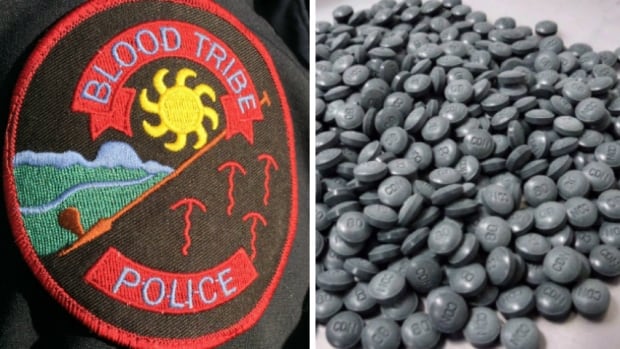 Blood Tribe police are warning the community about a highly concentrated batch of drugs after “an alarming amount” of overdoses in a single day.

Since noon Friday, police and EMS have responded to 15 overdoses and one person has died, Insp. Farica Prince said in an emailed release.

“Community members are asked to check on their vulnerable loved ones at this time,” Prince wrote.

Police can’t yet say for certain what the drug is — it’s believed to be a form of oxycontin or carfentanil. Lab testing is expected to determine whether the drugs are highly concentrated or tainted with another, possibly lethal, substance.

Prince said the tight-knit community has been working together to combat the opioid crisis since 2015.

“We’re hoping to slow the amount of overdoses and ensure there’s no more loss of life,” she said

“This opioid crisis isn’t a police matter, it’s a wellness matter … we need to approach this from more of a social perspective.”

Between April and June this year, more than three people died of opioid overdoses each day in Alberta — twice the rate recorded from January to March.

“Vulnerable populations, including those with substance use issues, have faced even more adversity in accessing the supports and services they depend on, increasing stress and anxiety,” the province’s quarterly report reads.

Police are asking anyone with information about the import or sale of illicit drugs to contact Blood Tribe police at 403-737-3800, [email protected], or Crime Stoppers anonymously.