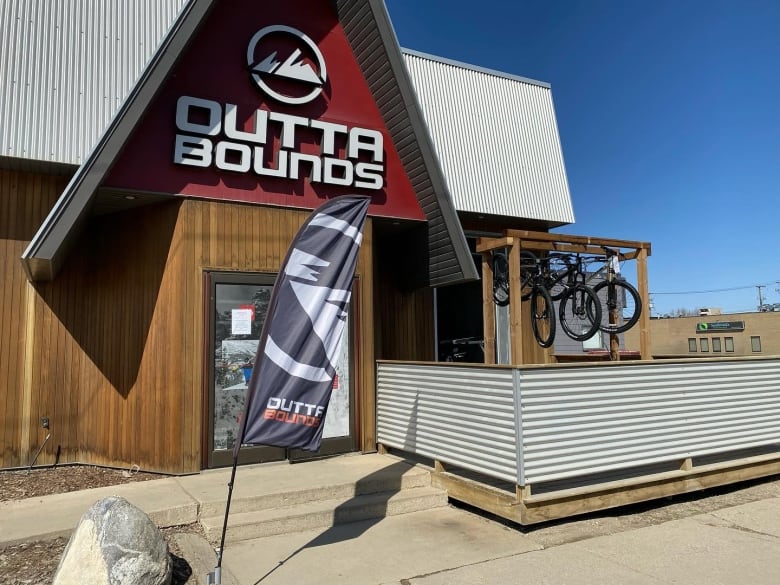 Bicycle repairs are on the rise in Saskatoon and Regina as people look for something active to do that’s allowable within the provincial guidelines.

“I think a lot of people are digging their bikes out of the shed,” said Jeff Currie, owner of Outtabounds in Saskatoon.

“There’s more urgency for people to get out and be active. I’m seeing way more people riding bikes around town than I would normally.”

The retail store is not allowed to operate, so those doors are locked to the public, but servicing bikes is an allowable business.

People have been calling the shop to book their service and when people drop off their bike, Currie says they keep the recommended two-metre distance between staff and customers.

“My staff are all masked and we’re spraying the bikes down with hospital-grade disinfectant before it enters the store,” he said.

When purchasing a bike, customers are allowed to take a bike for a test ride and then before it goes back into the store, the bike is disinfected again.

Currie said bicycle sales are “fairly flat” compared to this time last year, though he notes that spring weather has come a bit later. He thinks there might still be an increase in sales because he’s heard from industry colleagues that there has been a sales spike in warmer climates in the States.

Several bike shops in Saskatoon and Regina were too busy on Saturday to return calls.

‘The only recreational activity that’s left’

At Western Cycle Source for Sports in Regina, primary shareholder and general manager Brian Stennes said sales are about 60 per cent of what they were last year. Sales for sporting goods are down to about 10 per cent of usual sales.

While business is down, Stennes said he does see the attraction for cycling right now.

People are researching the bike they want to buy online and then asking for a particular bike they’d like to take for a test ride.

Staff have to bring individual bikes out for people to see or test ride, which Stennes said is “not very efficient.”

“We believe that this is in the best interest for the City and its people,” Bike Regina said in an open letter to the City of Regina and Wascana authorities.

“With fitness centres, hockey rinks, yoga studio, and playgrounds closed and all sorts of events cancelled there is not much else to do.”

But the Provincial Capital Commission, which manages Wascana Centre, said it will not be closing roads at this time.

“The safety of our staff is paramount when considering the need to interact and enforce the road closure, and the requirement to maintain routes for emergency services and essential employees in the park that are still in operation,” said Ryan Whippler, director of outreach and visitor experience, in an emailed response to Bike Regina.

The PCC noted that there are signs around the Wascana Centre to encourage physical distancing and it has closed play structures and picnic areas.

‘Street closures have actually had an opposite effect’

Saskatoon Cycles made a similar request of the City of Saskatoon but the city said they wouldn’t close any lanes or roads.

In a release, the city said there is “an extensive network of sidewalks, pathways and parks to allow for physical distancing,” and noted that closing roads for people to use could actually contribute to the spread of the virus.

“Street closures have actually had an opposite effect as happened in New York City, where large crowds were attracted to central locations until this was stopped,” said Pamela Goulden-McLeod, Director of Emergency Management Organization, in the release.