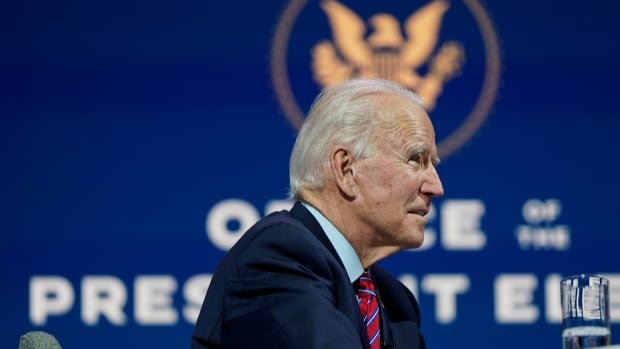 The U.S. federal agency that must sign off on the presidential transition told president-elect Joe Biden on Monday that he can formally begin the transition process.

“I take this role seriously and, because of recent developments involving legal challenges and certifications of election results, am transmitting this letter today to make those resources and services available to you,” General Services Administration chief Emily Murphy wrote in a letter to Biden.

U.S. President Donald Trump, who has yet to concede the election, took to Twitter to say that he is “recommending that Emily and her team do what needs to be done with regard to initial protocols, and have told my team to do the same.”

However, in a series of tweets, Trump also said “our case strongly continues, we will keep up the good fight, and I believe we will prevail!”

Murphy, in a letter, said the decision was “solely hers.”

“I want you to hear directly from me: I was never pressured with regard to the substance or timing of my decision. The decision was solely mine,” she wrote.

“I was not directly or indirectly pressured by any Executive Branch official — including those who work at the White House or GSA — to delay this determination or to speed it up.”

The move by the GSA means Biden’s team will now have federal funds and an official office to conduct his transition over the next two months. It also paves the way for Biden and Vice-President-elect Kamala Harris to receive regular national security briefings that Trump also gets.

Biden’s team will begin meeting with federal government officials to discuss the pandemic response, national security and other issues, a transition official said.

“In the days ahead, transition officials will begin meeting with federal officials to discuss the pandemic response, have a full accounting of our national security interests, and gain complete understanding of the Trump administration’s efforts to hollow out government agencies,” Biden transition executive director Yohannes Abraham said in a statement.

Biden has been preparing for the presidency even as Trump attempts to subvert the election results in key states. He has frequent virtual meetings from his home in Wilmington, Del., and a music venue downtown.

Ron Klain, Biden’s incoming chief of staff, said Sunday the Trump administration’s refusal to clear the way for Biden’s team to have access to key information about agencies and federal dollars for the transition has taken its toll on planning, including the cabinet selection process.

“We’re not in a position to get background checks on cabinet nominees. And so there are definite impacts. Those impacts escalate every day,” Klain told ABC’s This Week.

In advance of this announcement, Biden has been building out his administration.

According to a person familiar with the transition plans, he has chosen former Federal Reserve chair Janet Yellen to serve as treasury secretary, a pivotal role in which she would help shape and direct his economic policies at a perilous time.

Biden also plans to nominate Antony Blinken as his secretary of state, longtime diplomat Linda Thomas-Greenfield as the U.S. ambassador to the United Nations, Avril Haines as director of national intelligence and Alejandro Mayorkas as the secretary for the Department of Homeland Security.

Those four nominees will all need to be confirmed by the Senate.

Former Secretary of State John Kerry will lead the incoming administration’s effort to combat climate change. Kerry does not require Senate confirmation — nor does Jake Sullivan, another Obama administration veteran tapped by Biden to serve as national security adviser.

More prominent Republicans on Monday joined the call for Trump to end efforts to overturn his election defeat. Biden was declared the winner of the election on Nov. 7, but Trump has refused to concede.

Trump’s legal team has suffered a string of judicial defeats in its bid to prevent states from certifying Biden as the presidential election winner, and legal experts say the remaining cases do not give Trump a viable path to overturning the election results.

Republican Sen. Shelly Moore Capito, who represents West Virginia, which overwhelmingly backed Trump, issued a statement saying there was no indication that any election irregularities were widespread enough to call Biden’s victory into question.

Republican Sen. Rob Portman — co-chairman of Trump’s campaign in Ohio who rarely breaks with party leaders — said there was no evidence of widespread election fraud and called for the transition to begin. “It is now time to expeditiously resolve any outstanding questions and move forward,” Portman wrote in a Cincinnati Enquirer opinion column on Monday.

Last week, the Republican Senate health committee chairman says said the Trump administration should provide Biden access to transition materials — particularly on coronavirus vaccine distribution — “to ensure a smooth” transfer of power. Sen. Lamar Alexander of Tennessee said in statement on Nov. 20 that information should flow “if there is any chance whatsoever that Joe Biden will be the next president, and it looks like he has a very good chance.”