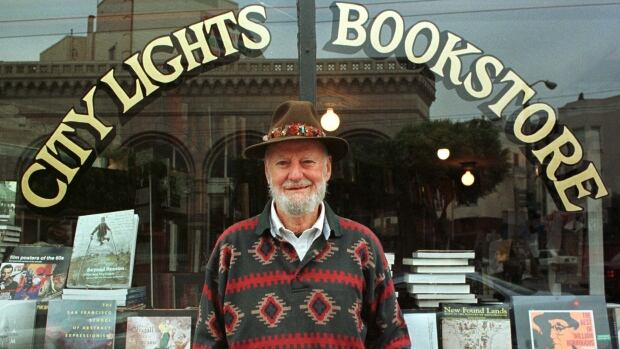 Poet, publisher and bookseller Lawrence Ferlinghetti, who helped launch and perpetuate the Beat movement, has died. He was 101.

Ferlinghetti died at his San Francisco home Monday, his son Lorenzo Ferlinghetti told The Associated Press Tuesday. The cause was lung disease.

His father died “in his own room,” holding their hands “as he took his last breath, his son said.

Lorenzo Ferlinghetti said his father loved Italian food and the restaurants in the North Beach neighborhood where he made his home and founded his famous bookstore. He had received the first dose of the COVID vaccine last week and was a month shy of turning 102.

Ferlinghetti was known for his City Lights bookstore in San Francisco, an essential meeting place for the Beats and other bohemians in the 1950s and beyond.

Its publishing arm released books by Jack Kerouac, Allen Ginsberg, William S. Burroughs and many others. The most famous release was Ginsberg’s anthemic poem, Howl. It led to a 1957 obscenity trial that broke new ground for freedom of expression.

In that trial, Ferlinghetti was accused of printing “indecent writings,” though was later acquitted. The poem went on to become of the 20th century’s most well-known pieces of writing,