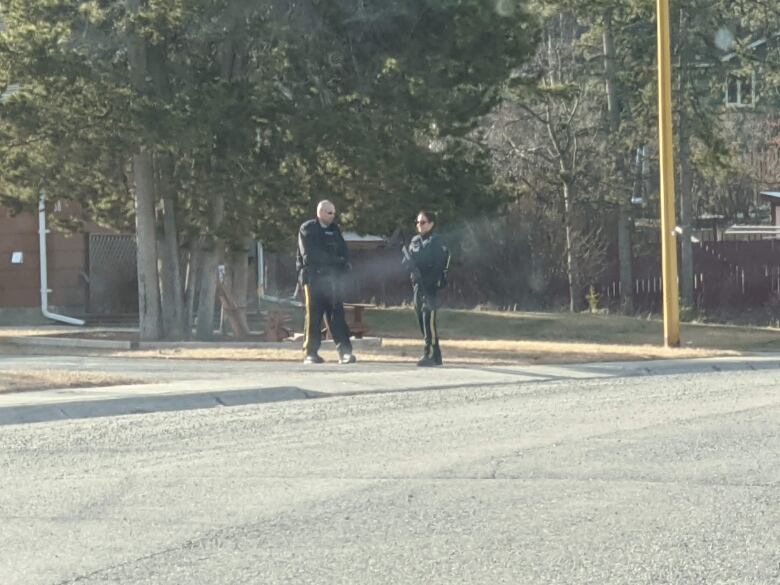 A man was arrested in Whitehorse’s Riverdale neighbourhood on Friday and charged with aggravated assault in relation to a stabbing, police said.

He and another man were also charged with drug possession with the purpose of trafficking, Yukon RCMP said in a press release on Saturday.

Police said they learned about a man “with a serious stab wound” on April 15, and they eventually identified a suspect.

Supt. Chan Dara said in a phone interview on Saturday that the stabbing occurred in Whitehorse, and the information wasn’t released earlier because there wasn’t a risk to the public.

“We believe that the incident was rather targeted,” he said.

The person stabbed is a man from Whitehorse, and his injury is currently non-life-threatening, according to Dara.

On Friday morning, police tweeted that a “police operation” was underway in Riverdale on Blanchard Road. Within the hour, they tweeted that it was “resolved.”

Police said their emergency response team (ERT) executed a search warrant at a home there.

They got another search warrant, and then took those items, including “an amount of suspected cocaine.”

The 22-year-old also has the aggravated assault charge.

At about 9 a.m. Friday, an officer came up to a CBC News reporter at the scene and said that he didn’t want his photo taken.

Photos taken by the reporter show officers standing in a circle in the middle of the road.

At 6:46 p.m., an officer wearing a gas mask was seen coming out of a house with several broken windows.

The house was missing a front door; a damaged door was visible a few feet away on the ground.

“We were authorized under a search warrant to do a no-knock entry, meaning that we were allowed to use an element of surprise to execute our search warrant,” Dara said.

He said he wouldn’t get into the specifics of the team’s tactics, but said no bullets were fired.

“The ERT did deploy gas into the house,” Dara said.