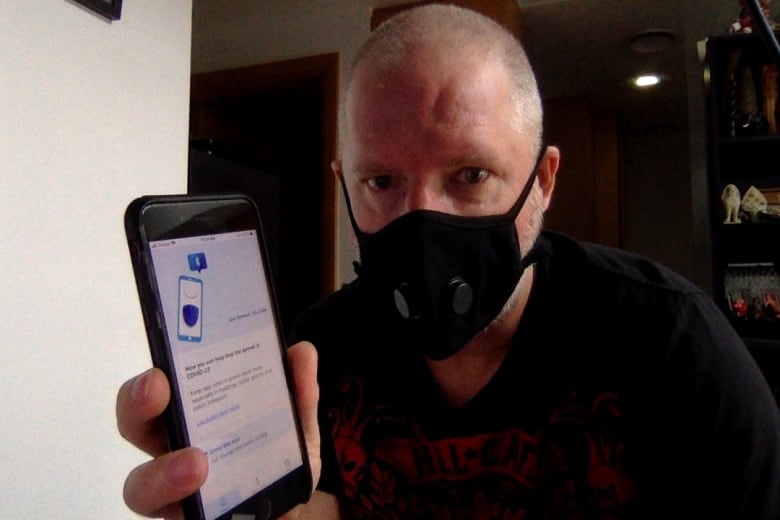 Like 5.6 million other residents in Singapore, Sean Davidson observes the local law and wears a face mask whenever he goes out for work, shopping or exercise.

What distinguishes the Victoria, B.C.-born man from the rest of the population? He is one of the million people in the Southeast Asian nation who uses an app called TraceTogether, a digital innovation that British Columbia is still in the early stages of examining.

According to the Singapore government’s website, the TraceTogether app uses Bluetooth signals to measure the proximity and duration of an encounter between two users. Should an app user be diagnosed with COVID-19, the Ministry of Health will look at the information stored on the person’s mobile device to identify a list of other app users who were in close contact with the infected person during the previous 14 days.

Davidson, a tech executive who has called Singapore home for 10 years, learned about the app from a WhatsApp chat group. As an early adopter of the novel technology, which rolled out on March 20, he doesn’t feel it has much intrusion on his daily life.

“It’s probably the most low-key app I’ve ever used and certainly on my phone at the moment … It’s just a totally rudimentary interface that time-stamps,” the 55-year-old said to Stephen Quinn, host of The Early Edition.

The Singapore government says it only stores the app user’s phone number and a random identity code on a secure server. No geolocation data is collected. All the proximity data generated with Bluetooth signals is stored on the user’s device and automatically destroyed after 21 days.

Davidson has not been contacted by the Ministry of Health, but should he be identified as someone who’s come in close contact with a COVID-19 case, he would be required by Singapore law to provide any physical contact information, which may include the TraceTogether data stored on his phone.

The obligation to submit personal information to the government is a concern to B.C. Information and Privacy Commissioner Michael McEvoy, who has talked to his Singapore counterpart about TraceTogether.

“I don’t know if that’s why people are hesitating in Singapore,” McEvoy said on The Early Edition of the fewer than 20 per cent of Singapore residents who are using the app.

In a recent national address, Singapore Prime Minister Lee Hsien Loong urged all citizens to install and use TraceTogether in order to make the app effective in fighting the pandemic in the island nation, which had recorded more than 12,000 confirmed coronavirus cases as of Apr. 24.

McEvoy said Singapore’s digital contact tracing practice embodies some principles of information protection, such as voluntary participation and minimal data collection. But he also said in order to ensure public trust in a contact tracing app, data gathering should only serve the purpose of suppressing the virus.

“You can imagine you collected a volume of information tracking people wherever they go, whoever they associate with. That might be of considerable interest to private corporations, or certainly for state use or for law enforcement.”

Davidson admitted privacy is not his top concern when using TraceTogether. He said it makes sense to use the digital tool for disease control. He also said if a contact tracing app is offered in B.C., he will recommend his family living there use it.

“If you’re using mobile apps and social media … there’s a lot of your information out there. You don’t have nearly as much privacy as you probably think you do.”

To hear the interview with Sean Davidson and Michael McEvoy on The Early Edition, tap the audio link below:

Sean Davidson is a former B.C. resident who now lives in Singapore. The Asian country is using an app called “Trace Together” which helps people trace covid-19 infections. Then, Stephen Quinn speaks with Information and Privacy Commissioner of B.C. Michael McEvoy about the challenge getting this app approved in the province. 12:33