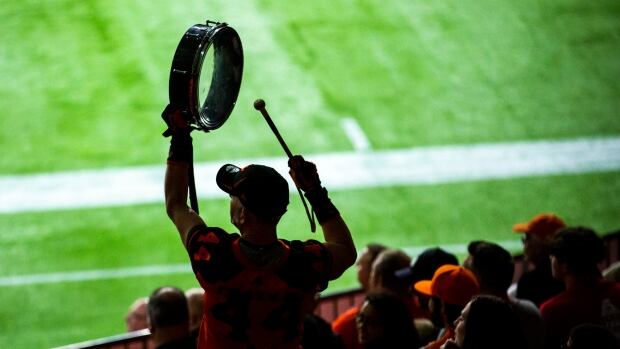 B.C. Lions’ fans weren’t surprised but they’re still upset by news that the CFL season has been cancelled due to COVID-19.

“It’s a sad day…overall, as a B.C. Lions fan I’m concerned but I’m more concerned as a fan of the Canadian Football League,” said Brian Wawryshyn, who has been a CFL supporter for 43 years, a season ticket holder since 2005 and runs the podcast and fan site bclionsden.ca.

The nine-team league announced that it was pulling the plug on Monday, dashing hopes of a shortened season in the hub city of Winnipeg, Manitoba.

CFL Commissioner Randy Ambrosie said the league governors voted to focus on the future, after reports that the federal government would not give the CFL a $30 million dollar interest free loan to salvage the season.

“We are absolutely committed to 2021, to the future of our league and the pursuit of our vision of a bigger, stronger, more global CFL,” said Ambrosie in a statement.

But how that happens is a big question mark, according to fans like Wawryshyn.

The league has struggled financially for years and the pandemic is making things worse according to sports journalists.

“They have their work cut out for them,” said Wawryshyn. “The CFL really needs to look at their business model. Look at ticket prices, look at getting young people into the stadium.”

During a zoom media news conference B.C. Lions president Rick LeLacheur hinted at a revenue sharing model for the league.

“If you were running a business just with nine branch offices, you’d be putting resources into the areas where they need the resources,” said LeLacheur.

Marty Hastings, a sports reporter for CBC Radio Kamloops and Kamloops This Week says the B.C. Lions are in an extremely tough spot.

“Ticket sales have been down and this is a franchise that’s been basically calling out for stability, their last head coach didn’t work out,” said Hastings.

He also said the fan base is dwindling. The Lions draw some of the smallest crowds in the leagues, with an average of less than 20,000 spectators per game.

The team also has to compete against the MLS’s Whitecaps and NHL’s Canucks for fans. All three teams’ seasons overlap in Vancouver.

The Lions have been holding training camp in Kamloops and were in the final year of their contract with the city.

LeLacheur said the team is committed to staying in Kamloops despite the season being cancelled.

“With 2020 training camp being cancelled in Kamloops, we agreed with the mayor and city of Kamloops that we would carry over our commitment over to 2021, we will be going back to Kamloops.”

The cancelled season means the Grey Cup will not be awarded for the first time since 1919.

But fans and sportscasters are relying on the league’s history and tradition, hoping that despite the difficulties ahead, the CFL will bounce back.

“The CFL has been around for over 100 years in this country with tremendous history and heritage and has brought so many people together across this country and if you’ve ever been to a Grey Cup week you know what I’m talking about,” said Wawryshyn.