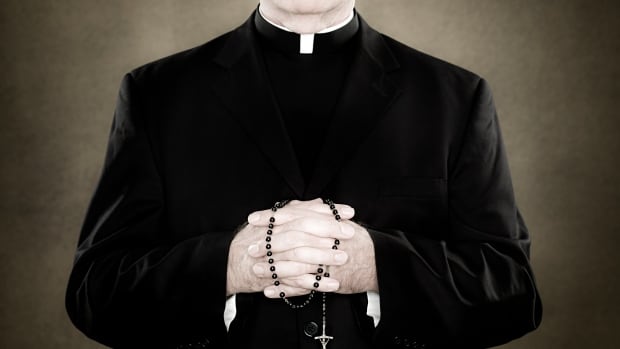 The Roman Catholic Diocese of Kamloops turned a blind eye to the sexual misconduct of a “playboy priest” in the 1970s and is now liable for more than $800,000 awarded to one of the women he abused, a B.C. judge has ruled.

Archbishop Emeritus Adam Exner had ample evidence that Father Erlindo Molon was taking advantage of his female parishioners before he initiated an unwanted sexual relationship with a young teacher named Rosemary Anderson in the fall of 1976, according to a judgment handed down Tuesday in B.C. Supreme Court.

“The diocese failed the plaintiff profoundly in a moment of great need. Bishop Exner was aware of troubling rumours about Fr. Molon as early as the spring of 1976,” Justice E. David Crossin wrote in the judgment.

“He knew that Fr. Molon’s conduct put the spiritual and psychological well-being of his parishioners at risk. He chose not to act.”

The judge found that Molon had committed sexual battery against Anderson, holding the diocese vicariously and directly liable for a total of $844,140 in damages, plus interest, for the psychological harm Anderson has suffered.

“Molon’s conduct was an egregious, and indeed reprehensible, abuse of power. He exploited the vulnerability of a young woman entrusted to his care to engage in a prolonged and repeated course of sexual exploitation. His conduct was clearly wrong, by the standards of any time,” Crossin wrote.

The judgment offers a stark and troubling glimpse of how the Catholic church has historically handled — or in many cases, ignored — sexual abuse by priests.

Anderson was 27 years old and a new teacher at the Our Lady of Perpetual Help school when she turned to Molon for help dealing with her grief over the sudden loss of her father, who had died in her arms earlier in 1976.

Anderson “was in a vulnerable state, seeking comfort, guidance, and care from a person of spiritual stature, a stature she not only trusted but revered,” Crossin wrote.

Instead of comfort, Molon took advantage of her vulnerability and initiated a sexual relationship with her that lasted for several months, encompassing somewhere between 70 and 100 incidents of intercourse, Anderson testified.

“Molon was clearly in a position of moral power and authority. It became immediately apparent that he had little regard for her welfare. What he did hold in high regard was his visceral sexual needs, and he exploited the plaintiff for that purpose,” Crossin wrote.

Now 70, Anderson testified that she derived no pleasure from the sexual encounters.

“She felt trapped and didn’t know how to end it … She often froze with the hope that whatever was occurring would end quickly,” Crossin wrote.

Archbishop confronted priest, then did nothing

Exner, the diocese’s then-archbishop, learned of what was happening in 1977 after Molon asked Anderson to marry him.

But it wasn’t the first time he’d heard about Molon abusing women.

Exner, now 90, testified in the trial and described Molon as a “playboy priest” who was rumoured to have had sexual encounters with numerous parishioners. The court also heard hearsay evidence suggesting Molon repeatedly raped one of those women.

Exner said he confronted Molon about the rumours in 1976, but Molon just laughed it off and said “I’m only human.” The archbishop testified that he chose not to do anything about it because Molon was popular and there was a desperate need for a priest.

Not long after Exner advised against the engagement and told Molon he’d have to leave Kamloops, Molon disappeared. Exner suspended him from the diocese in October 1977.

Exner admitted, however, that he agreed to help in later years when Molon was trying to secure a ministry in the armed services, an offer that Exner said he now regrets.

Molon is currently unable to manage his own affairs, and the Ontario Public Guardian and Trustee participated in the trial on his behalf.

Exner acknowledged in court that he failed in his duties to lead and protect his parishioners.

“The Bishop recognizes now, and I believe recognized at the relevant time, there was a right path and there was a wrong path concerning his engagement with Fr. Molon and the plaintiff. In my view, he chose the wrong path,” Crossin wrote.