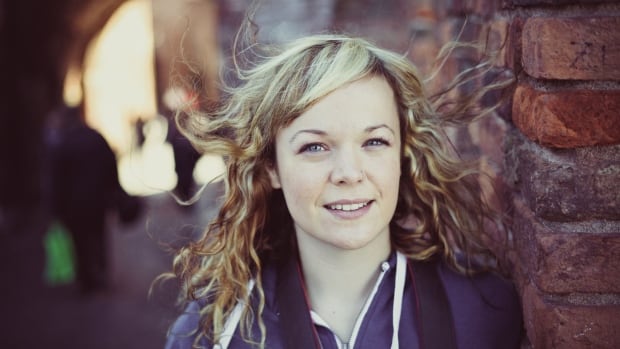 Corner Brook musician Allison Crowe is known primarily as a solo artist, but for her latest recording projects, she realized she wanted company.

“As I’m getting older, I’m finding that I want more connection with people,” said Crowe.

“There’s really nothing like the magic of playing with other musicians and collaborating in that way.”

Crowe teamed up with her longtime bassist, Dave Baird, and two musicians she worked with at the Gros Morne Theatre Festival: accordion and guitar player Keelan Purchase, and singer and mandolin/bouzouki player Sarah Melanie White.

Last fall, the musicians retreated to a rented house in Corner Brook to brainstorm and record. The result was the album Pillars.

Not only that, at the end of the session Crowe and the others had extra songs — enough for another album, Six More Songs.

Crowe had hoped to spend more time with her band this year, touring in support of those two new albums. Instead, she is waiting out the pandemic at home in Corner Brook, doing some gardening, soapmaking and virtual teaching.

Crowe cherishes the memories of the band recording together, and remains hopeful about performing the album with the group live.

Do you have a new album of music that Weekend AM should know about for First Listen? Email us, [email protected],and tell us about it.

Get more Weekend AM on the podcast: