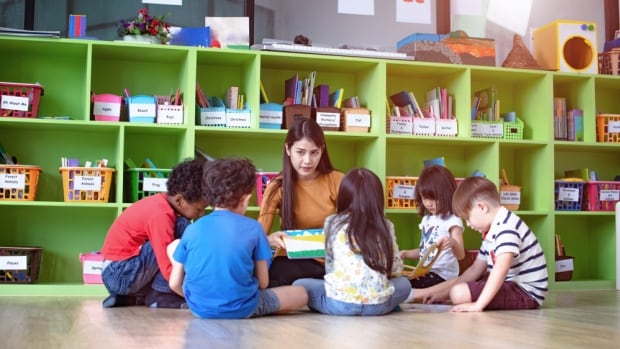 Alberta school boards are calling on the government to reinstate Program Unit Funding (PUF) — aimed at providing early intervention for children with disabilities and delays as they enter the school system — to its previous format and dollar amount.

At the recent meeting of the Alberta School Boards Association, a motion was passed to lobby the government to “ensure that all students with mild/moderate disabilities/delays who require specialized early intervention provided by Program Unit Funding are able to receive it.”

“We’ve heard concerns from our boards that changes to the PUF model are having a significant impact on services they’re able to provide for students with disabilities or delayed learners,” said association president Lorrie Jess.

“Other concerns we heard were [that] moving from a three-year to a two-year model for PUF means that kindergarten children previously quoted as eligible for PUF will no longer qualify for the funding.”

And Jess said that while those students may have to access services funded through the new Specialized Learning Support grant (SLS), that funding is not comparable to what the PUF funding was.

“The new funding framework does not provide any family-oriented support funding, which basically has resulted in the suspension of early intervention programming support for families.”

The motion will also see the association fight for PUF program funding to be restored to the equivalent per-student amount as 2018 levels, including Family Oriented Supports.

“Allowing [early childhood services] providers to offer fully funded half-day programming, and that the program funding be extended from two years to three years to include supports for kindergarten.”

The motion was brought forward by the Edmonton Public School Board.

“The heart of that motion and what compelled my board to bring the motion forward is the stories that we heard from families,” said Trisha Estabrooks, chair of the Edmonton board.

“Since the announcement last fall of these drastic cuts to program unit funding, trustees here in the city of Edmonton, and clearly trustees across the province, have been hearing on a regular basis from families who are directly impacted by these cuts.”

“We are asking government to reverse the cuts and return the funding to 2018-19 levels, and so that would also come as a reversal of some of the restrictions that have been put in place,” said Estabrooks. “The [new grant] falls far short of what we received under the previous funding arrangement.”

She said her district was hit “really hard” by these changes and cuts.

“We would have served 1,040 students. This year we served 600 students. We went from $39 million down to $9.5 million. We had to completely reorganize how we offered supports to kids,” said Estabrooks.

“We had to close 22 of our satellite locations as of this September. That’s enormous. That is a massive, massive cut to a division like ours. Those are 600 students that aren’t receiving the support that they need.”

Chief superintendent Bryan Szumlas with the Calgary Catholic School District said it’s committed to providing supports for early learners through the Specialized Learning Support funding, and continues to provide services to students in need and prioritize early interventions within the constraints of what’s available.

“There is definitely a decrease of funding in that area. There’s no doubt that additional funds would help us meet more needs that exist with students, especially very young children in kindergarten,” he said.

“We continue to address the needs of our students here in Calgary Catholic with the means that we have.”

In an emailed statement to CBC News, Alberta Education said the new K-12 funding model continues to protect the most vulnerable children.

“Including children with severe disabilities, and Alberta continues to have the earliest education programs for children in Canada at 2 years, 8 months,” wrote ministry spokesperson Colin Aitchison.

He said that under the old model, there was a significant drop in supports for students entering Grade 1.

“The new funding model closes that gap by providing a consistent level of support for K-12 students through the new Specialized Learning Supports grant, while continuing to prioritize early intervention for pre-K children through Program Unit Funding,” said Aitchison.

“This new structure, on top of a $120-million increase that every single school authority received this school year, ensures that school authorities have the resources they need to support all of their students, including students with disabilities.”

Autism advocacy organizations in the province say they’ve been hearing from their clients that the funding changes for the specialized services their children need aren’t working out as well as PUF previously did.

“It’s over 400 hours. It’s usually 475 hours. So when you divide the amount of money that’s given, it’s less than it used to be. You can barely afford an EA [educational assistant] for that, let alone the speech pathologist, the occupational therapist (OT), the physical physiotherapist (PT), the psychologist, the behavioural intervention,” she said.

“The money doesn’t go very far, especially when they put the restrictions around the amount of hours.”

Dietzmann said if the school boards could have PUF reinstated, then it would have clearer, more defined rules about how the funding would work.

“They would have a clearer picture of that funding again, because when it got switched to the Specialized Learning Support grant, I feel that schools are kind of confused as to where that money can go, how much they’re going to get and how they can spend that money,” she said.

Lyndon Parakin with Autism Calgary said that because the Specialized Learning Support grant allows for more flexible use of the funds, school boards are choosing to use it for things like managing their growth in population across all grades.

“It is putting children behind and they’re going to have trouble picking up,” he said.

“We’re losing all the benefits of what early intervention research says that when we do targeted specific early programming to elevate the learning levels and learning capabilities of children, they do much better along their lifelong development path. So we are putting children backwards.”

Morine Rossi, program lead with Autism Edmonton, said she knows personally — from experience with her now 10-year-old son — how kids can benefit from PUF when administered how it previously was.

She said that because of PUF, through pre-school and kindergarten, her son was able to access well-rounded supports that he needed in order to keep on track with his peers.

“He was involved with speech, behaviour, OT and PT. They made visits to him in order to cover all of the bases and give recommendations to those kindergarten teachers to help support him in the classroom, as well as to his EA,” she said.

“He had full, one-to-one support from an EA with the help of PUF funding so that he could have that hand holding in the early years. And at this point now, when he went into Grade 3 and now into Grade 4 and 5, he went completely unsupported because he had that early access to therapy and to help.”