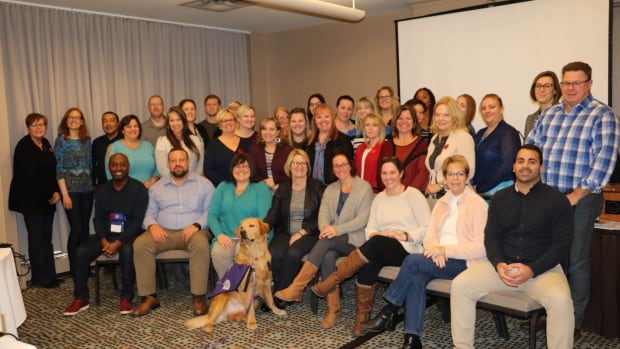 A Black History Month research project by the Probation Association of Ontario (POAO) says Windsor-born Lew Taylor was likely one of the first Black probation officers in the province..

President of the POAO, Chris Podolinsky says that people who knew Taylor, described him as “legendary.”

“He used a lot of colourful language but he sounds like the kind of guy who said what needed to be said,” Podolinsky said. “I think that was part of his allure.”

Podolinsky, who also lives in Windsor, says he felt a sense of pride knowing Taylor was from Windsor and finding other parallels.

“I found it interesting to figure out he went over to Wayne State, it’s close by a lot of friends that I grew up with [who] went to Wayne State so it’s another connection there.”

But the association has a bit of a challenge on its hands in terms of learning more about Taylor.

Podolinsky and the team are in the process of finding more information, such as photos of Taylor. So far it has been sparse due to limited archival data and the association has had to rely largely on interviewing former members.

“Everything seems to be accessible on Google, but it was a real challenge trying to pin down the rough decade or trying to look to Wayne State yearbooks, some of the high schools locally and I just couldn’t find any record of him in the area,” Podolinsky said.

Looking to the past

Ray Williams is a retired probation and parole officer and area manager and co-chair of the Systemic Change Program Working Committee.

It was through Williams, that POAO discovered that Tayor was born in Windsor and was a descendant of the original Black settlers who came to Canada via the Underground Railroad.

The two men met in 1975 and Williams told the POAO that Taylor was someone who was very interested in history.

According to Williams, Taylor studied at Wayne State University in Detroit, earning a degree in social work, before relocating to Toronto.

Williams says he remembers Taylor as, “a man who had a heart of gold, which attracted people of all walks of life to this unique individual.”

He added that, “[Taylor] was just at ease with senior officials as he was with the most challenging of his probation clients.”

He died soon after, leaving behind a partner, a son and a daughter.

Diversity among probation officers throughout the decades

The POAO was created in 1952 and is a voluntary non-profit organization with the goal of representing probation officers and fostering greater dialogue on issues in criminal justice.

But in the 1950’s, the faces of the association were predominantly white men.

Podlinsky notes Taylor was way ahead of his time, being a person of colour in the field.

“That book really helped me because [Foster] really goes into the history of immigration in the country,” he said.

When asked about how important it was to have probation officers of diverse backgrounds, Podolinsky said: “We’re learning a lot now about anti-Black racism, anti-Indigenous racism and I think there is a sense that people from a certain community need to see people like them in the field.”

“You can’t get a full understanding necessarily of all the cultural nuances, so I think it’s important to have representation, everywhere — because I don’t think any one probation officer can understand every avenue — I think the diverse officers will help that.”

READ: You can find out more about the association’s project here