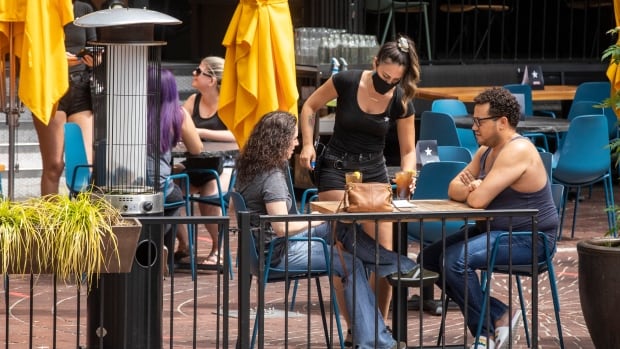 A new campaign has been launched urging customers to be respectful of restaurant staff following several incidents in B.C. where patrons have verbally abused staff.

Restaurants have had to change the way they do business since the COVID-19 pandemic was declared in order to comply with regulations set out by B.C.’s Ministry of Health and WorkSafe BC. For example, asking for names and phone numbers of customers to allow for contact tracing, asking visitors to use hand sanitizer, keeping tables apart and limiting the number of people at each table have become commonplace.

B.C. Restaurant and Foodservices Association president and CEO Ian Tostenson said both customers and restaurants are dealing with issues they’ve never faced before, and that has some people on edge.

He points to incidents at restaurants in Langford on Vancouver Island, and in the southern Interior communities of Kamloops and Blind Bay, on Shuswap Lake, where customers were abusive to staff.

“In general people are not wanting to follow the rules or acknowledge that there are rules or in some cases people just don’t care about the rules and they are going to do whatever they want,” he told Daybreak Kamloops host Shelley Joyce.

That’s prompted the launch of the Stand Up for Service campaign.

“We have two messages,” Tostenson said.

“If you don’t want to follow the rules as established by the provincial health officer then stay home because you’re not welcome.”

The second is, the association is asking the public to nominate their server or the establishment for the great service they’ve provided, as a way to celebrate the restaurant staff that are helping people through the pandemic.

Those nominated will be recognized on the association’s social media channels and be entered to win a gift card.

After a few rocky weeks, Senor Froggy’s president Robert Stodola said incidents are becoming fewer and farther between compared to earlier this year.

Although he said 99 per cent of patrons were respectful of staff and the rules set out, there were a few who made the workplace so intolerable for his staff that he had to give them a long weekend off to recover.

“Mostly the issues were language and refusing to follow any direction,” he said.

“Nothing physical, just low grade swearing, name calling. It gets very wearing for a young staff member who is trying to just do their job.”

He said asking people to wash their hands at a handwashing station has been a common complaint.

He put up signs in both his Kamloops restaurants reminding customers that they don’t make the rules, the provincial government does. Other signs remind customers to treat staff with respect.

“Since people are hearing the stories and hearing the message going out on media and on social media [the staff] report to me that those incidents have decreased a lot and more importantly they’re getting a lot of positive reinforcement from people,” Stodola said.

“That really helps for somebody just out there doing their job, getting that positive reinforcement, it really brightens their day.”