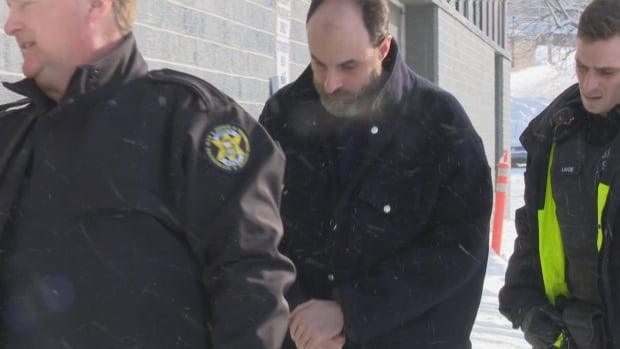 More testimony is expected in court Thursday at the murder trial of a man accused of shooting four people in Fredericton two summers ago.

However, Raymond has pleaded not guilty. His defence team will argue he did not appreciate the nature or consequences of his actions and did not know what he was doing was wrong because of a mental illness.

On Wednesday, the court heard from Raymond’s neighbours and their accounts of the morning of Aug. 10, 2018. Timothy Morehouse testified he was awakened by shouts of “Shut up, shut up,” then gunshots.

Kendra Snodgrass and her boyfriend Shawn Noble testified they left their apartment to help Robichaud after seeing him on the ground, but they had to take cover after Burns and Costello arrived on scene and gunshots continued. The couple did not realize the initial noise was gunfire, and thought Robichuad had had a seizure.

Neighbour Justin McLean recalled having a conversation with Raymond where he seemed angry about motorcycle noise in the parking lot, and said Robichaud owned a motorcycle.

The court also heard from a paramedic student who said that after Raymond was arrested, she saw that he had three gunshot wounds and broken ribs. She heard him say, to no one in particular, “They were outside my window, they were taunting me. It’s not my fault. They made me do it.”