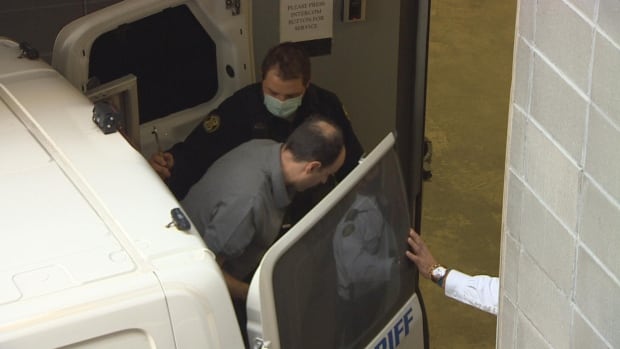 The jury in the Matthew Raymond trial is expected to be back Wednesday morning after a week off.

Raymond pleaded not guilty to four counts of first-degree murder in the shooting deaths of Fredericton constables Sara Burns and Robb Costello and civilians Donnie Robichaud and Bobbie Lee Wright.

His criminal trial began last Tuesday, more that two years after he was arrested on Fredericton’s north side on Aug. 10, 2018.

The next day, Justice Larry Landry sent the jurors home, citing an “unexpected” issue that came up in their absence. Because the issue was dealt with without the jury present, everything that was discussed is under a publication ban.

On Wednesday, witness testimony is expected to continue.

Raymond has pleaded not guilty but admitted he was the shooter. Defence counsel told the jury they will be using the defence of not criminally responsible because of his mental illness.

Only one witness has testified — Const. Stephane Sabourin with the RCMP major crimes unit in Fredericton. He presented a semi-automatic rifle and a 12-gauge shotgun taken from Raymond’s living room, as well as hundreds of rounds of different types of ammunition.

He also presented a black notebook found inside Raymond’s apartment that includes mathematical calculations, and newspapers with “serpent” and “hoax” written on the front pages.

The trial is expected to take four to six weeks.