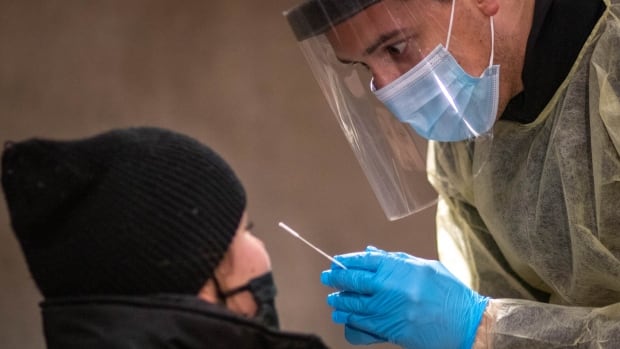 Region of Waterloo Public Health has reported 71 new cases of COVID-19 on Thursday, bringing the total for December to 236.

That means in the first three days of December, the number of cases in Waterloo region surpassed monthly totals for June (194), July (86) and August (68).

Since March, the region has reported 3,822 cases and of those, 3,126 have been marked as resolved.

There are 566 active cases in the region with 30 people in hospital. Nine of those patients are in the intensive care unit. There were no new COVID-related deaths reported on Thursday. The number of deaths remained at 126.

The region’s testing partners have done more than 213,600 tests since the pandemic began.

Ontario reported 1,824 more cases of COVID-19 on Thursday. As well, the province reported 203 patients with the illness are currently being treated in intensive care units across Ontario.

Public health officials pay close attention to the number of COVID-19 patients in intensive care. They have said that 150 patients across the province is threshold for when unrelated schedules and procedures may be postponed or cancelled to accommodate the influx of COVID-19 patients.

In updated modelling last week, the province forecasted it would be next week before the number of COVID-19 patients in ICUs would break the 200 mark.

The outbreak at Village Manor in St. Jacobs continues, with a total of 31 cases: 11 in staff members and 20 in people who live at the assisted living facility. One person’s death has been linked to that outbreak.

Two hospitals in the region have outbreaks: One is on the 5S medicine unit at Grand River Hospital in Kitchener and the other is on the wing B level 4 medicine unit of Cambridge Memorial Hospital.

Waterloo region health officials do not name specific workplaces with outbreaks unless there is an associated risk to the general public who may have been at the location, such as in a restaurant or retail outlet where contact tracing cannot be done.

There are four outbreaks at schools. A new outbreak has been declared at Clemens Mill Public School where there are two cases in students. The classroom cohort was told to isolate last week. The Waterloo Region District School Board says no other classrooms will be dismissed and it is not a school-wide outbreak.

There was also another confirmed case in a student who was last at the school on Nov 18, although the board says a public health investigation found there was no exposure to students or staff and it is not considered part of the outbreak. There are no students or staff being told to isolate in relation to this third case.

The other schools with outbreaks are: