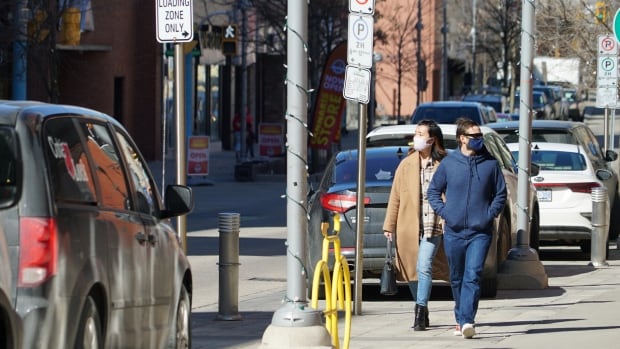 The region reported 63 new COVID-19 infections as of Wednesday and a total of 397 active cases.

Confirmed variant cases increased by 36 cases from Tuesday, but may have been accounted for on previous days as it takes time to confirm a variant strain.

So far, there has been a total of 620 variant cases reported in Waterloo region, 38 of which have been confirmed to be the B117 variant first detected in the UK.

There are 19 people hospitalized with the infection, five of whom are in the intensive care unit. There are no new COVID-related deaths.

Meanwhile, Ontario reported 3,215 new cases on Wednesday, the most on a single day since Jan 17.

There are 15 outbreaks across the region, six of which are in schools including:

There’s a new outbreak at the Village at University Gates long-term care with a single case in a staff member.

There’s also a new outbreak at a place of worship with two cases.

The region’s vaccine distribution taskforce reported more than 14 per cent of the population has received at least one dose. Nearly three per cent are fully vaccinated.

A total of 101,394 doses have been administered in the region as of Wednesday afternoon.

The region’s latest weekly rolling average of doses administered is 2,708.