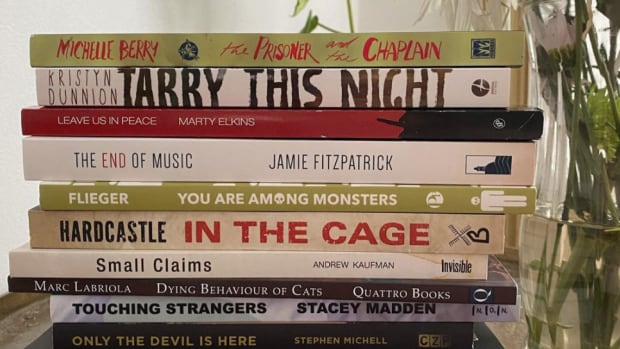 After a four-year hiatus, the ReLit Awards have returned.

The ReLit Awards honour the best Canadian books published by independent presses. There are three categories: novel, short fiction and poetry. The prize is known for releasing long shortlists.

The prize was first founded in 2000 by Newfoundland filmmaker and author Kenneth J. Harvey. 2017 marked the last year the prizes were previously awarded.

The ReLit Awards are now being managed by Harvey’s daughter, Katherine Alexandra Harvey.

To bring the awards up to date, the prizes will announce the shortlists and winners for 2018-2021 in April, with each week in the month being devoted to a single year.

“I grew up with the ReLit Awards, from sifting through the mountains of books in our living room, to attending the annual bonfire. It was always such a positive movement,” the younger Harvey told CBC Books via email. “I know the importance of being acknowledged, praised and even noticed as a writer, and it brings me so much joy to be able to give that to the talented writers of Canada.”

Harvey felt it was important to recognize the work published during the prize’s hiatus. “I really didn’t want those past three years to have been lost, so I decided on a month-long celebration to both catch up and celebrate the beginning of a new era.”

Winners receive the ReLit Ring, which consists of four dials that are inscribed with the alphabet. However, Harvey says financial donations are needed to ensure this tradition continues.

The shortlists and winners for the awards are selected by the Harveys.

This week, the prize revealed the 2018 shortlists.

The finalists in the short fiction category are:

The finalists in the poetry category are:

The finalists in the novel category are:

Next week, the 2019 shortlists and winners will be announced.