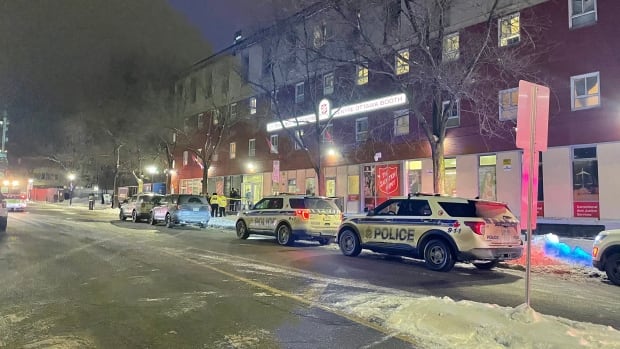 One person has been arrested and several injured after a stabbing at the Salvation Army Ottawa Booth Centre in downtown Ottawa, police say.

In a news release late Wednesday night, police said they are investigating the stabbing at the shelter, located in Ottawa’s ByWard Market.

Several police and paramedic vehicles were parked along the street earlier in the evening and investigators and patrol officers were on the scene.

Paramedics told Radio-Canada that four people were taken to a hospital’s trauma centre by ambulance. There is no word yet on their condition.

Police said they are not looking for other suspects.

Our thoughts and prayers are with everyone involved.– Glenn van Gulik, Salvation Army Ontario division spokesperson

A spokesperson with the Salvation Army Ontario division said police were called to the shelter at about 9:15 p.m.

“Our team is actively assisting Ottawa Police Services with the ongoing response,” said Glenn van Gulik in a news release, directing all questions to police.

“Our thoughts and prayers are with everyone involved.”