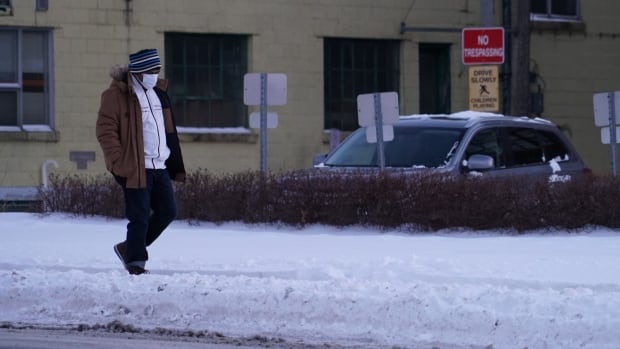 Region of Waterloo Public Health is reporting 27 more people have been diagnosed with COVID-19.

Monday’s update brings the total number of cases in February to 953.

Since the pandemic began last March, 10,388 people have fallen ill with the virus. Of those, 9,847 have been marked as resolved.

Meanwhile, Region of Waterloo Public Health said the number of local variant cases continues to grow, with a total of 32 reported cases. Four have been identified as the B.1.1.7 variant, first identified in the U.K., while other cases have not yet been assessed.

Public health said a staff member who works in one of the region’s congregate settings tested positive for a variant of concern over the weekend. The setting, which has not been identified publicly due to privacy concerns, is dealing with an ongoing COVID-19 outbreak.

A staff member at Père-René-de-Galinée Catholic High School in Cambridge has tested positive for a variant of concern. Public health said affected students and staff have been dismissed and the school is undegoing case and contact management.

“This is not unexpected given the growth of variants in Ontario but underscores the imperative for Waterloo region residents to continue practicing with upmost vigilance the recommended public health measures,” public health officials said in a statement Monday.

Public health said it is treating every positive case as a potential variant of concern to help limit the spread of the virus. It’s conducting enhanced case and contact tracing including using a lower threshold to identify high risk exposure.

There are 22 active outbreaks in Waterloo region, 10 at long-term care and retirement homes.