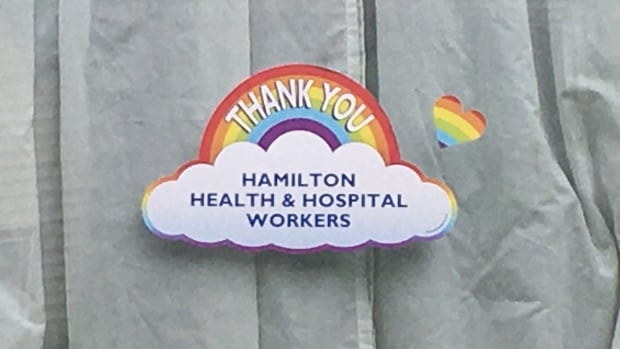 The city’s medical officer of health says there are 21 cases in Hamilton that have “screened positive” as a COVID-19 variant, though only one has been officially confirmed.

Dr. Elizabeth Richardson says a positive screening means a case “may be” a variant of concern. It also doesn’t specify which type. Public Health Ontario has found that nearly all of the samples that test positive on this screening test, she said, go on to be confirmed as variants.

She said the City of Hamilton will start reporting on the number of COVID-19 cases that have tested positive on the screening test so that the community is well aware of the issue.

“This makes sure people get the information in a timely way,” she said, noting it takes about one to two weeks to get confirmation of a variant through the genome sequencing.

Hamilton’s first and only confirmed case of a COVID-19 variant in the community so far was the B117 variant that originated in the U.K.

Richardson said it took some time to be recorded on the Public Health Ontario site, which has been reporting these instances across the province.

When asked if the city would be linking the number of variants of concern to any ongoing outbreaks, Richardson said the city was still working on how it would report the data.

Don’t let your guards down, says medical officer of health

Hamilton saw 38 new COVID-19 cases on Tuesday. There have been a total of 10,205 confirmed and probable cases, of which 356 are active ones.

One more person has died, and according to the city’s database, they were in their 80s. There have been 279 deaths throughout the pandemic so far.

Richardson said she’s “increasingly” concerned that Hamilton has hit the bottom of the curve, and will see numbers start creeping back up again.

The weekly rate of new cases per 100,000 people has been climbing and currently sits at 51.

“I cannot stress enough how important it is that we not let our guards down at this point,” she said.

In the provincial colour-coded framework, people that live in municipalities coded red are permitted to hold social gatherings of five people indoors.

While Hamilton falls into this category, Richardson said people should only mix with others from their own households and follow public health measures.

She said the framework is a broad set of rules, and isn’t always exactly what people should be doing.

Richardson compared the rules to a speed limit — the sign might read 80 km/h, she said, but if circumstances show you shouldn’t be driving that fast, then you should slow down.

“While there may be some level that you’re not going to get in trouble if you go over that rule in terms of enforcing the current Reopening Ontario Act, we’re not recommended that people go ahead and do those things,” she said.

There have been 31,249 vaccine doses administered in Hamilton as of end of day Monday. The city is getting about 5,000 doses a week, Richardson said, so the city can only move forward on the roll out in small increments.

She said the province expects to get more sustainable supply at end of March and beginning of April, which would allow the city to progress with its distribution plan.

All second doses have been given to residents of long-term care and high risk retirement homes. She said some people may have been missed or did not want to be vaccinated at that time, but can catch up as the city moves forward.

All first doses of vaccine have been given to residents of low-risk retirement homes, and to some satellite health facilities and St. Peters Hospital. The city is working through the remainder of the ALC patients waiting for a spot in long-term care.

There are 21 outbreaks in the city.

A new outbreak was declared at St. Elizabeth Retirement Residence, with one staff member testing positive.

The county of Brant, and Brantford, have 51 active cases according to data online. There were seven new cases in the last 24 hours.

A total of 1,384 cases have been marked as resolved.

There have been 6,378 doses of the vaccine administered.

The counties of Haldimand and Norfolk have recorded 1,408 cases throughout the pandemic. There are 24 active cases.

There have been 39 deaths that are considered COVID-related, and 1,340 people who have recovered.

There have been 4,222 doses of the vaccine administered.

Niagara reported 23 new cases of the virus on Tuesday. Three more people have died, bringing deaths in the region to 369.

The region has seen 8,501 cases over the course of the pandemic, including 266 that are active and 7,866 that are resolved.

There have been 9,525 doses of the vaccine administered in Niagara.

Data indicates 215 of those cases are active and 8,878 are resolved.

Six of the new cases were in Burlington, which has seen 2,381 cases of COVID-19 since the start of the pandemic. There are 33 active cases in the city.

There have been 191 people who have died after being infected with the virus across the region, of which 49 were in Burlington.

As of Friday, 23,934 doses of the vaccine had been administered across the region.

Six Nations of the Grand River has recorded 29 active cases of COVID-19 as of Feb. 23. There have been 258 total cases, and 226 are resolved. Three people have died.

Six Nations of the Grand River is currently in the Alert level Black of its colour-coded framework. It shared an update on its vaccine distribution plan on Tuesday, which includes adults over the age of 60, healthcare workers and others in the next phase.