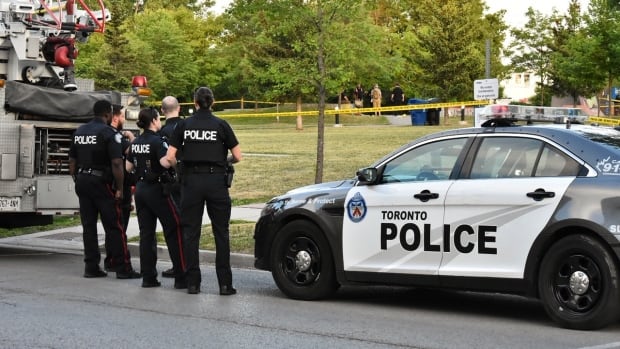 Toronto police say they’ve issued an arrest warrant and charged a man with first-degree murder after a shooting that left one person dead and another injured in the Leaside area.

Police say the incident happened in June when multiple suspects approached a parked car with people inside and began shooting at it.

They say 20-year-old Maaz Jogiyat was rushed to hospital where he later died, while another man sustained non-life threatening injuries. Jogiyat’s death marked the city’s 32nd homicide of 2020.

He’s described as being five-feet, 10-inches tall and 150 pounds.

Police are warning people not to approach Tahir and to call 911 immediately if they see him, as he could be armed.