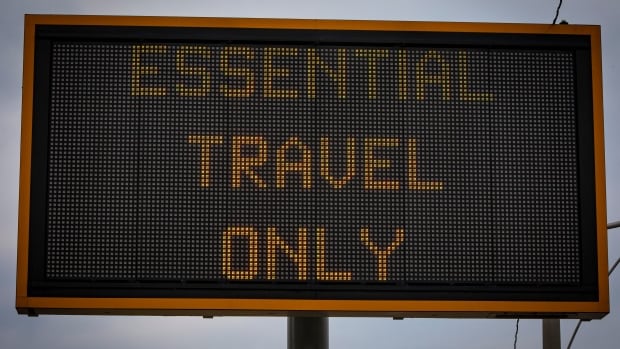 What’s the latest for the London area?

The Middlesex-London Health Unit (MLHU) is reporting 129 new cases of COVID-19 and no deaths Thursday as the province falls under a stay-at-home order issued by the Ford government.

The new order means people can only leave home for essential purposes, such as grocery shopping, medical appointments, vaccination appointments, exercise and work.

There were 125 cases in London, along with two in Middlesex-Centre, one in Strathroy-Caradoc and one in Thames Centre.

The MLHU reported 88 recoveries Thursday. The number of known, ongoing cases in the area is up to 992.

London Health Sciences Centre is reporting 27 patients with COVID-19, including 13 in critical care. There are also eight staff who have tested positive for the virus. An update on ICU capacity in London is expected to be announced later Thursday.

Vaccines could be coming for younger people in Elgin County

Premier Doug Ford said Wednesday, mobile teams are being organized to offer vaccines to those 18 and over in high-risk congregate settings, residential buildings, faith-based locations and locations occupied by large employers in hot-spot neighbourhoods.

While London is not eligible, the province has declared Aylmer and parts of Malahide a hotspot. Currently, Aylmer has 11 active cases while Malahide has one. Southwestern Public Health (SWPH) said anyone living in the area with the postal code starting with N5H is eligible.

This means vaccine popup clinics could be coming to the region. Dr. Joyce Locke, the medical officer of health for SWPH, said she’ll be providing details in the coming days.

Vaccine eligibility for London and the surrounding region includes people 65 and older. Appointments can be booked online at www.covidvaccinelm.ca or by calling 226-289-3560.

COVID-19 across the region and beyond

Southwestern Public Health is reporting 16 new cases of COVID-19 Thursday and no deaths. There are 115 known active cases in the Elgin-Oxford region, including 39 in Woodstock and 24 in St. Thomas.

Huron Perth Public Health posted seven new cases, including four in Stratford and three in St. Mary’s. There are 27 active cases across the region.

Meanwhile, Ontario reported 3,295 cases of COVID-19 and an additional 19 deaths across the province.

The province reported a record high for vaccinations, with 108,563 doses going into arms yesterday. Ontario has now administered over 70 per cent of the more than four-million doses it has received from the Federal government to date.